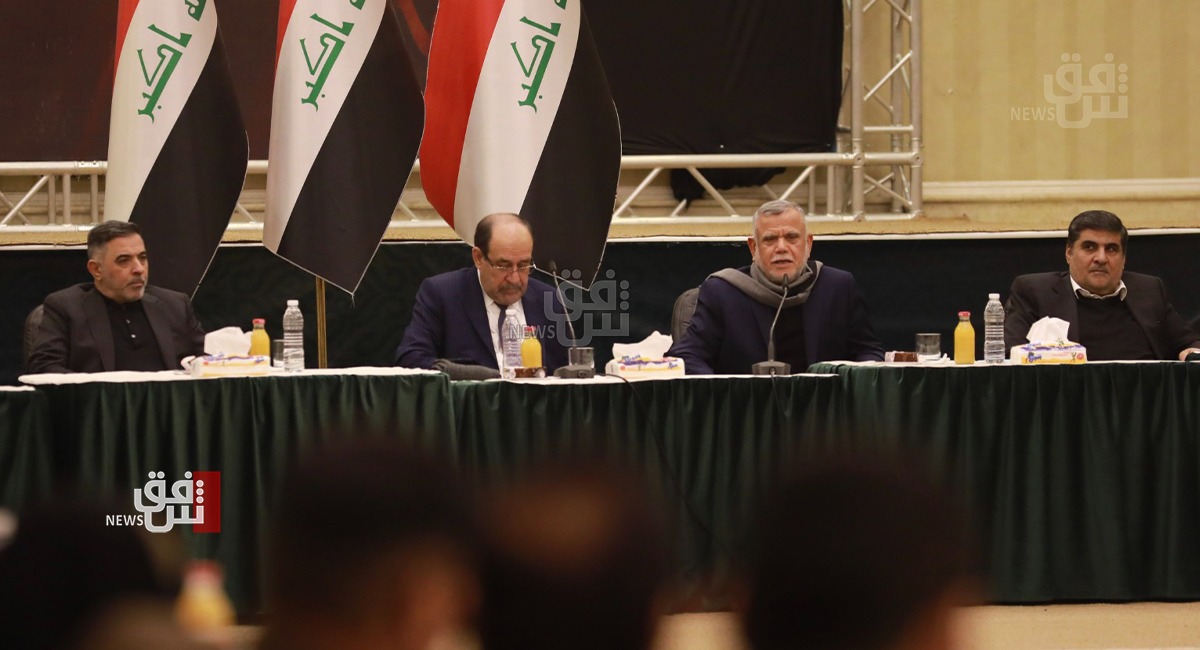 Shafaq News / The Coordination Framework discussed in a meeting today the latest political developments in the country.

The Framework said in a statement that the dollar's exchange rate against the Dinar must be reconsidered, and its bad impact must be contained.

The Framework refused, according to the statement, controlling the Legislative and executive authorities through the Parliament to serve personal political interests.

"We follow up, with great concern, the news about threats that politicians are receiving, which are, of true, condemned and refused", the statement said, noting that all efforts must be put to verify whether these claims are true or not and hold accountable those who are responsible of them.

The head of the Sadrist movement, Muqtada al-Sadr, arrived earlier today in Baghdad.

CF to announce the number of the Blocking one-third representatives

The Iraqi presidencies to hold a meeting with the CF forces, source