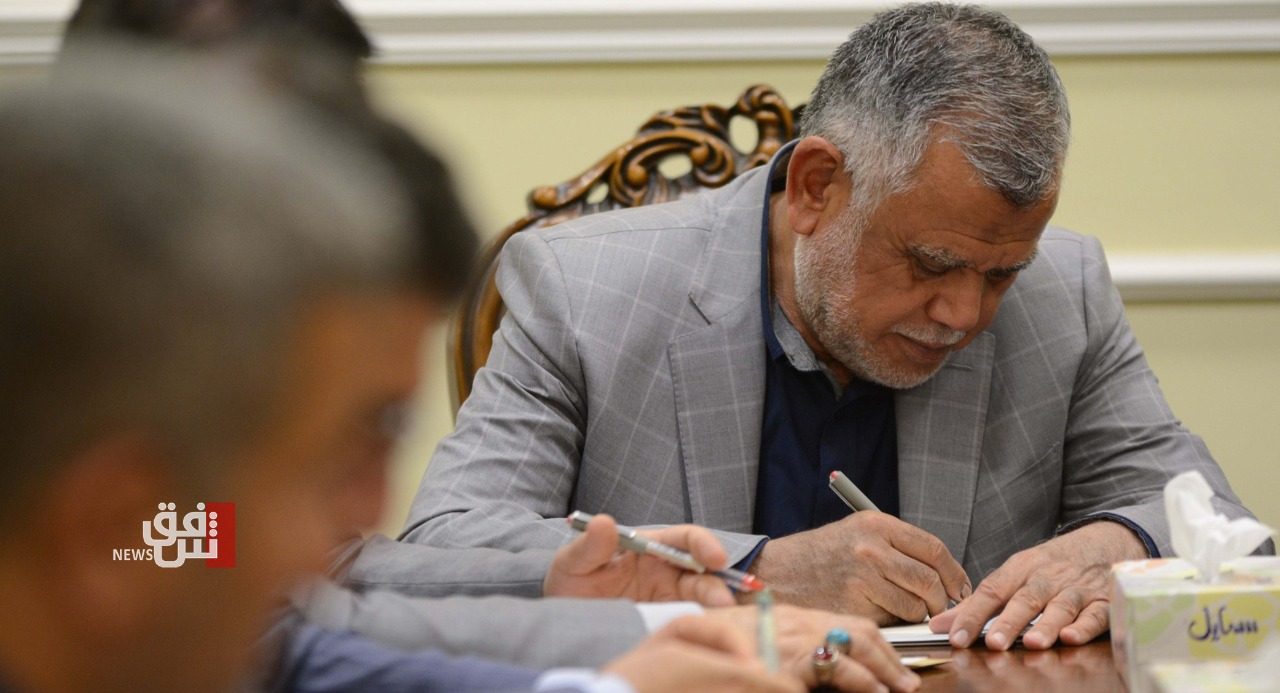 Shafaq News/ The Coordination Framework convened this evening to discuss the proceedings and the outcomes of the newly elected Parliament's first session on January 9, a source revealed on Tuesday.

The source told Shafaq News Agency that the leaders of the Shiite forces consortium gathered in the bureau of Hamam al-Hamoudi.

The meeting will contemplate the steps the Coordination Framework will take in light of the outcomes of the session on the political and Judicial levels.

The Framework submitted a list of lawmakers' names it claimed now hold the biggest parliamentary bloc with 88 seats, rather than al-Sadr.

The lawmakers then voted for the Sadrist bloc's Hakem al-Zameli as a deputy speaker. Al-Zameli who secured 182 votes beated the candidate of Emtidad movement, Hamid Abbas al-Shiblawi, who won 34 votes.

The Coordination Framework condemned "the assault against the Parliament's elder member and the chaos that took place during the session, which prompted him to request adjourning the session to scrutinize the illegal appeals against the candidature conditions. However, the attack against him rendered him unable to bear the pressure and he was transferred to the hospital consequently. Some blocs, unfortunately, proceeded with the procedures of the session without any legal basis."

"Meanwhile, we hold the political parties behind this escalation responsibility for the full consequences of this unilateralism, violence, and chaos. We registered the largest bloc according to the legal proceedings. We will deter this irresponsible unilateralism."

"We affirm that we do not recognize the outcomes of the session given that it was held in the absence of the elder member who is committed to his mission."

Shortly after electing the head of Takaddom bloc, Mohammed al-Halbousi, as speaker of the newly elected parliament, the lawmakers voted for the Sadrist bloc's Hakem al-Zameli as a deputy speaker, marking an important step towards establishing a new government three months after a national election.

The elderly member of the newly elected parliament, Khalid al-Darraji, closed the candidature window for the second Deputy Speaker with only the representatives of the Kurdistan Democratic Party (KDP), Shakhwan Abdullah Ahmed, and the New Generation (al-Jeel al-Jadeed) bloc, Sarwa Abdul-Wahed.

After a brief delay, parliament resumed its meeting when a new temporary speaker presided over the session after Mahmoud al-Mashahadani, who, at 73 is the oldest member of parliament, was suddenly taken ill and taken to hospital.

Earlier, the speaker selection process was disrupted as competing political Shi'ite blocs each claimed to hold a parliamentary majority. After heated debates and shouting among lawmakers, the temporary leader of the assembly, Mahmoud al-Mashahadani, decided to adjourn the session.

Iran-backed Shi'ite political coalition Fatah and the State of Law coalition, which is led by former Prime Minister Nuri al-Maliki, submitted a document to Mashhadani requesting their coalition to be the largest bloc in parliament.

Lawmaker from Shi'ite cleric Moqtada al-Sadr's party, which came first in October elections, have strongly objected the request, defending their position as the largest bloc.

“The debate between Shi’ite parties over which bloc is the largest in parliament has disrupted the session and forced a brief delay,” said Jamal Kojar, a Kurdish lawmaker.

The main winner of the Oct. 10 election was Shi'ite cleric Moqtada al-Sadr, a populist who has positioned himself as a staunch opponent of both Iran and the United States.

Sadr's bloc, already the biggest in the 329-seat parliament, will expand to 73 seats from 54. Its main rivals for years, the Fatah bloc of factions linked to pro-Tehran militia, meanwhile, saw its parliamentary representation collapse to just 17 seats from 48.

Parliament was due to elect two deputies for the speaker during its first meeting on Sunday.

Parliament also has 30 days from the first session to elect the country's new president, who will then ask the largest bloc in parliament to form a government.

Under Iraq’s governing system in place since the post-Saddam Hussein constitution was adopted in 2005, the prime minister is a member of the Shi’ite majority, the speaker a Sunni and the largely ceremonial president a Kurd.