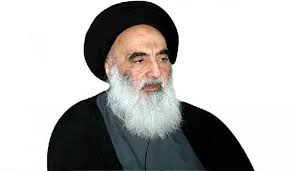 Shafaq News / The Coordination Framework leaders demanded Grand Ayatollah al-Sistani, the spiritual leader of Iraq's Shiite community, to intervene and solve the problem between them and the head of the Sadrist movement, Muqtada al-Sadr, sources reported.

A source told Shafaq News agency said that it is most likely that there will be a meeting between the Coordination Framework and the Sadrist movement, to address the differences and decide whether the Framework's leaders will participate in the new government or not.

Another source said that al-Sistani has not responded to the Framework's request yet, but he might intervene in the last-minute talks if the current situation will negatively affect the country or damage the Shiite presence in the Iraqi political scene.

However, a source close to al-Sistani indicated that the latter prefers to keep distance from the political process, noting that "al-Marja'iya" represents all Iraqi communities.

The Coordination Framework's attempts to participate in the new government have all failed, as al-Sadr is keen to form a national majority government, in cooperation with the Takadum and Azm alliances, as well as the Kurdistan Democratic Party.

CF: the premiership file cannot be resolved before addressing the Presidential crisis

Coordination Framework and co discuss the cabinet lineup on Thursday