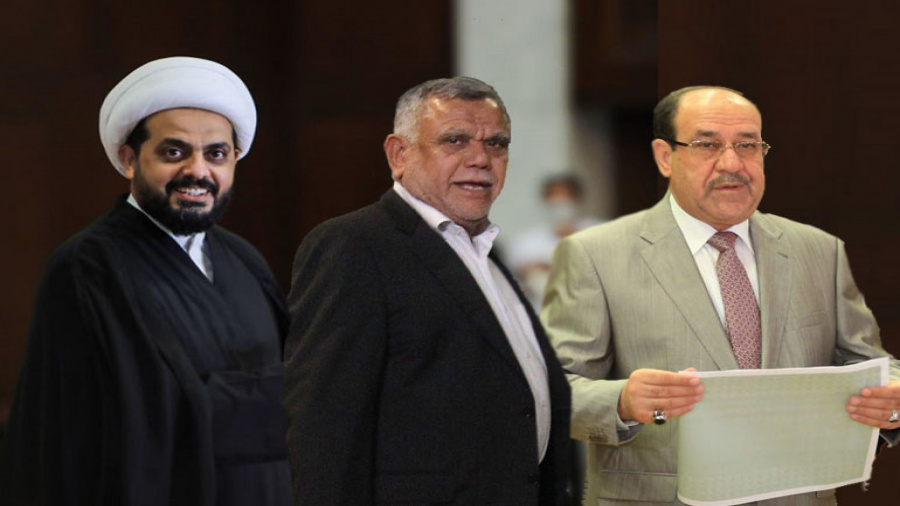 Shafaq News / The Coordination Framework is willing to hold a meeting with the Sadrists to discuss reaching a final agreement, a political source reported.

The source told Shafaq News agency that the leadership of the Framework will hold a meeting in the next 24 hours to discuss the candidature for the premiership, and agree with the Sadrist movement on forming the largest political bloc.

The meeting is expected to be held next Thursday or Friday, according to the source.

Member of Al-Fatah's parliamentary bloc, Fadhel al-Fatlawi, told Shafaq News Agency that the Coordination Framework's leaders might visit al-Hannana, the headquarters of the Sadrist leader in Najaf, in the next couple of days.

"The meeting will discuss forming a bloc that encompasses both, the Sadrist movement and the Coordination Framework," al-Fatlawi said, "once formed, it will be the largest bloc in the Iraqi parliament."

"Al-Sadr's vision includes Jaafar al-Sadr in the premiership. The Coordination Framework does not have a veto on his name. The nominees for the post will be subject to deliberation in further meetings."

After months of deadlock over who will hold the position of Iraq’s president and prime minister in a laborious process towards government formation, an agreement finally seems possible, and perhaps even likely.

The shift is due to a recent phone call between Muqtada al-Sadr, who forged ab alliance along with Sunni and Kurdish allies, and Maliki, the divisive former prime minister representing the Coordination Framework.

According to a source, al-Sadr confirmed his insistence on a government of a national majority, effectively telling the Coordination Framework he is not considering joining them in a bloc that would become the largest in the parliament.

Two sources revealed later that the recent meeting of the Shiite rivals ended up with naming the Kurdistan Democratic Party's candidate, Rebar Ahmed, as their candidate for the presidency, while adjourning the "selection criteria" of the long-awaited prime minister to later meetings.