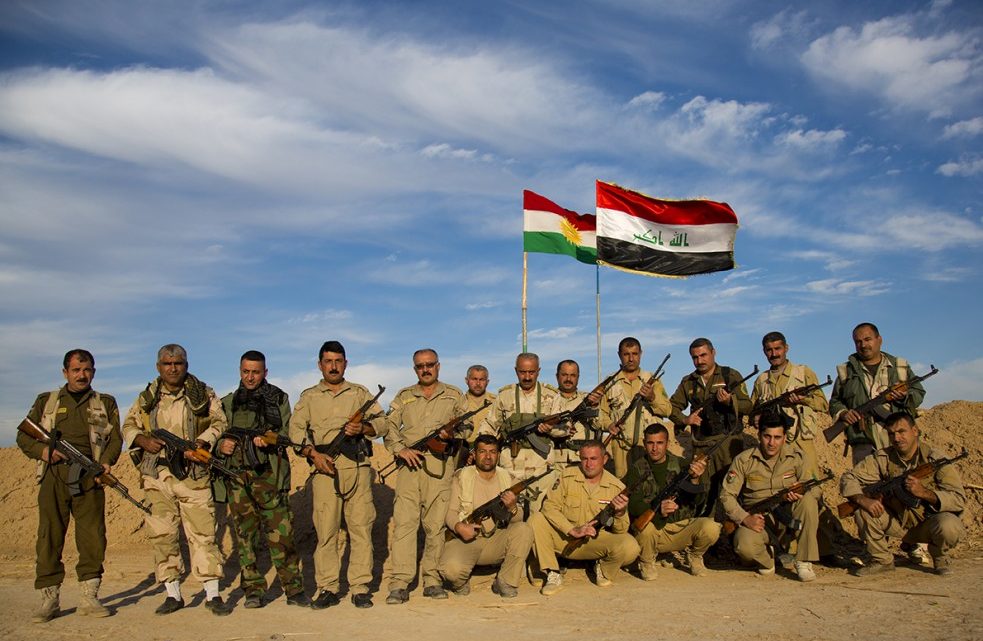 Shafaq News / Lieutenant-General Jamal Eminky, Chief of Staff of the Peshmerga Forces, disclosed the details of the agreement concluded with the Iraqi Defense Forces to open a joint coordination center between Baghdad and Erbil.

Eminky told Shafaq News agency that the joint committees will start the coordination process from one district to another, noting that the operations will be launched from Diyala operations sector in the areas of Khanaqin, Kalar and Kafri.

On Tuesday, the Iraqi Ministry of Defense's Joint Operations Command announced that it had reached understandings with the Kurdistan Region to resume coordination between them after a three-year hiatus.

ISIS terrorists took advantage of the security gap in the area separating the Iraqi army and the Peshmerga, which are mostly disputed areas in the governorates of Kirkuk, Nineveh, Saladin and Diyala.

Iraqi voters turn out in large numbers in different governorates