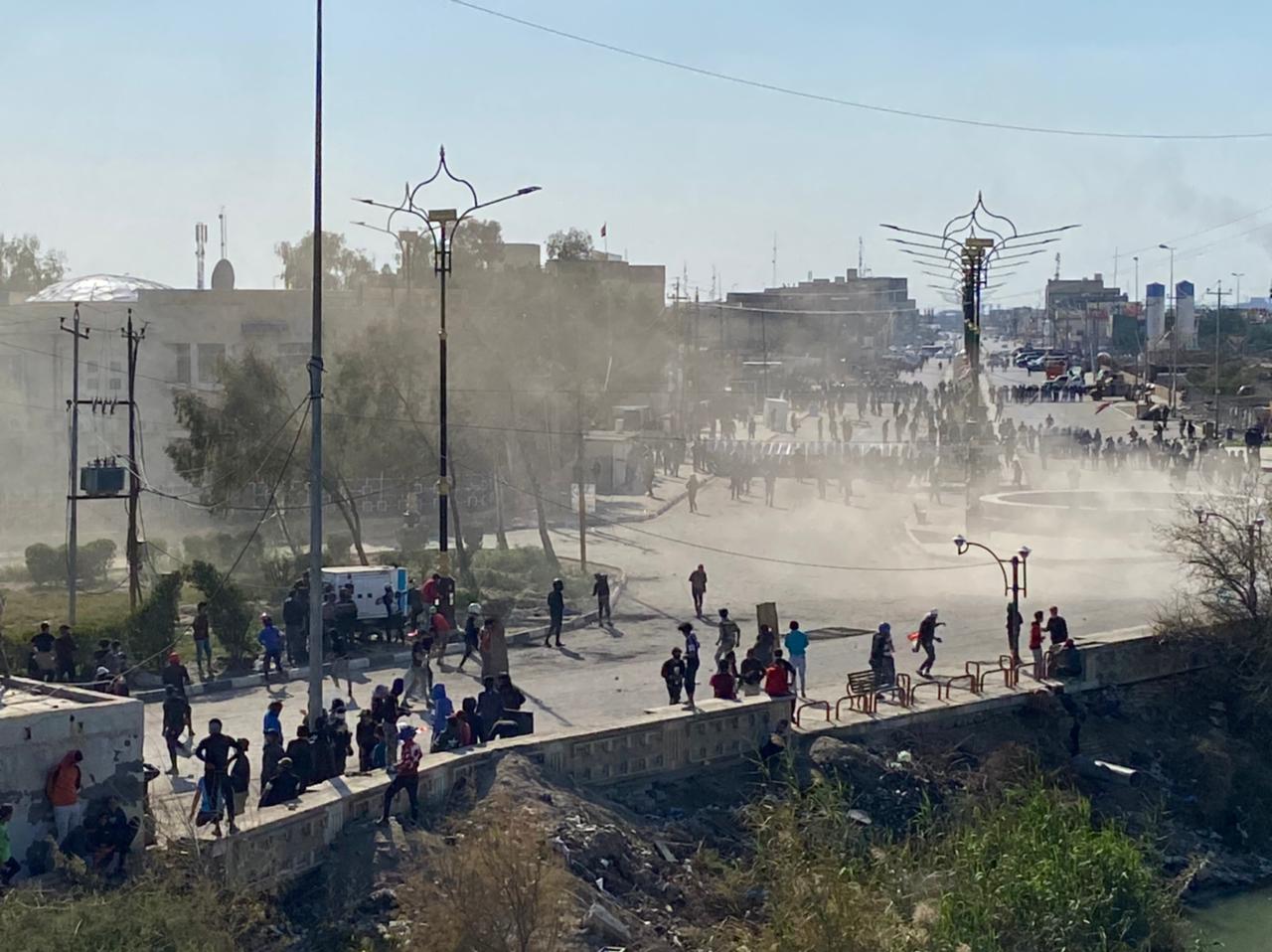 Shafaq News Agency correspondent said "dozens of demonstrators gathered on Al-Nasr Bridge and block it with burning tires.. for the fifth day in a row the demonstrators are calling  for the dismissal of Governor Nazem Al-Waeli."

He added, "a hit-and-run situation between protesters and police took place when the two sides started throwing stones on one another."