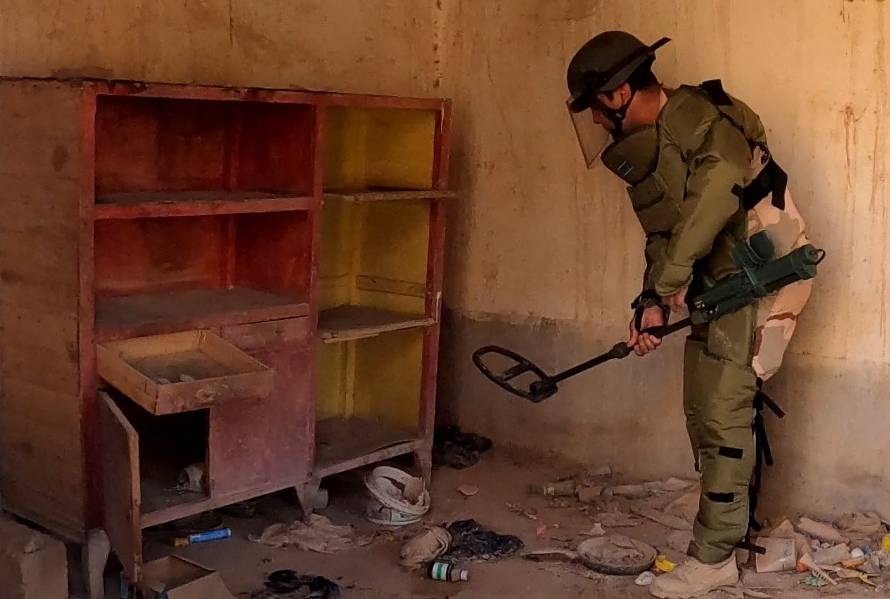 Shafaq News / A civilian was injured in an explosion in Sinjar, a security source reported.

The source told Shafaq News agency that an ISIS war remnant exploded in al-Qahtaniyah complex in Sinjar, injuring a civilian.

The security forces launched a combing campaign to locate more mines and war remnants in the area, according to the source.

Although five years have passed since the liberation of Nineveh from ISIS terrorist organization, war remnants are still found, posing a real threat to the civilians.