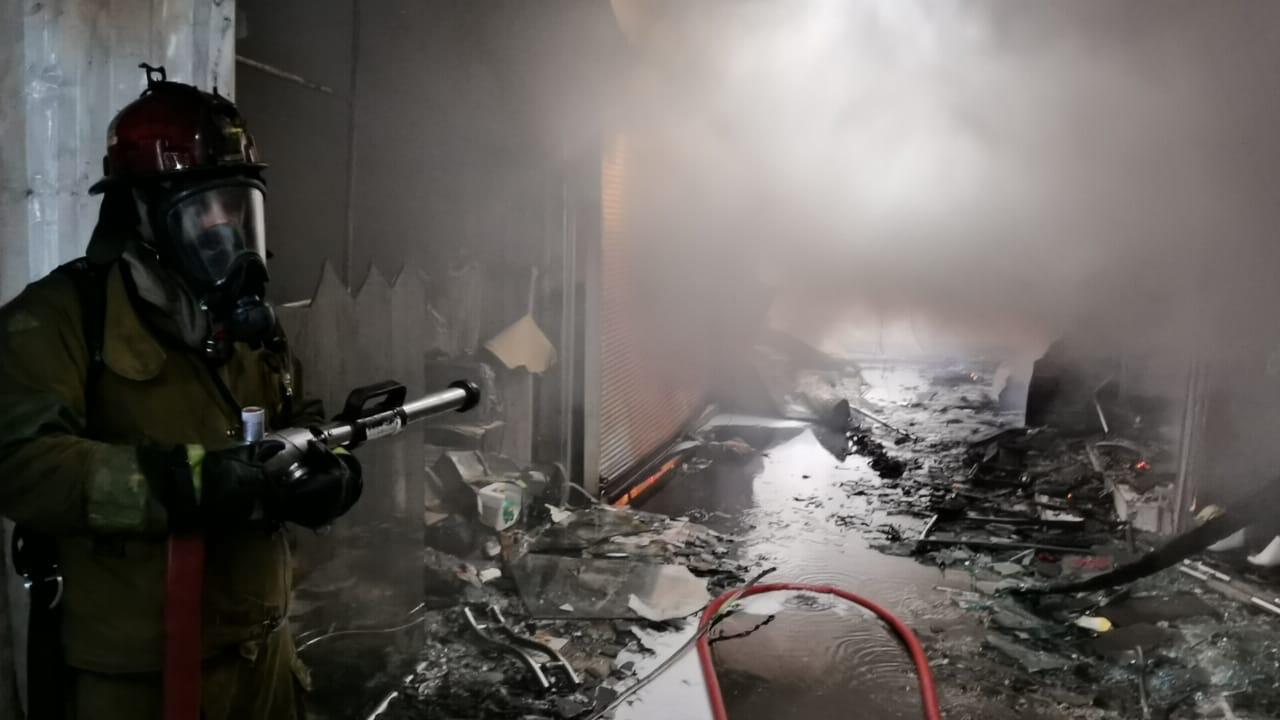 Shafaq News / Civil defense teams managed to put out massive fires that broke out in the popular market of Al-Amel neighborhood, south of Baghdad.

The directorate stated that the fire broke out inside 30 commercial stores whose owners violated safety and security instructions, noting that the civil defense teams prevented the outbreak of the fire that could destroy 360 other commercial stores and residential units near the market.

The statement added that the fire was contained without any casualties, and the Civil Defense requested that an investigation be opened at the police station to uncover the causes of the fire.

Civil Defense teams extinguish a fire in a library in Baghdad

Iraqi soldier killed in clashes with a drug dealer in Baghdad