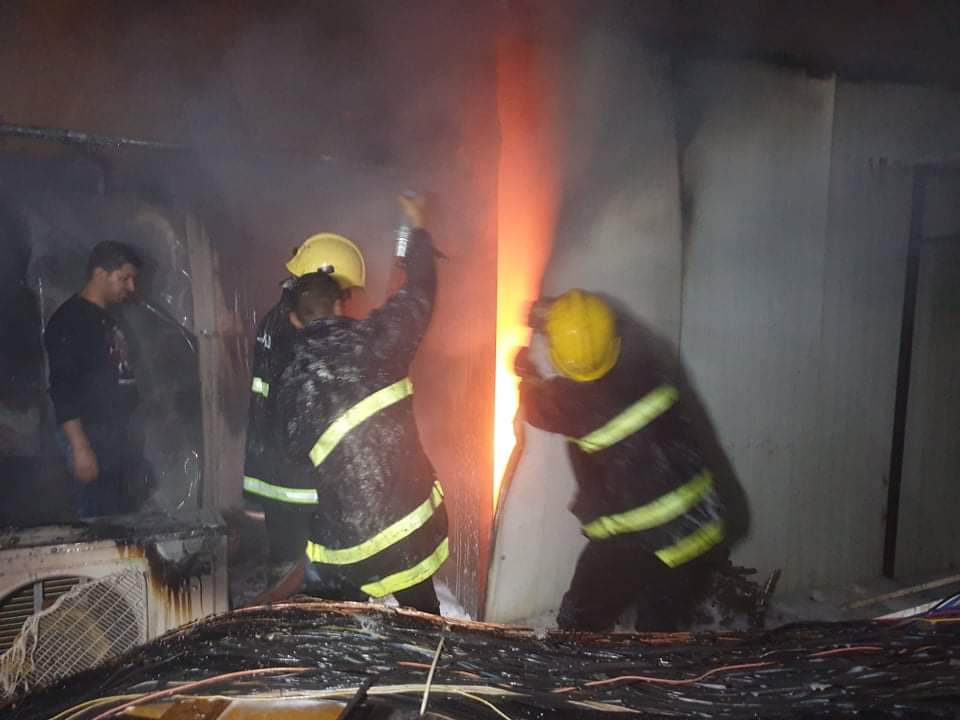 Shafaq News / A massive fire broke out in commercial warehouses in Al-Hilla market, according to a statement of the Civil Defense Directorate in Babel governorate.

The directorate said in a statement received by Shafaq News agency, "a fire that started in a generator, extended to commercial stores in the market of al-Hilla," indicating, "the Civil Defense was able to control the blazes."

The statement added, "The Civil Defense Directorate in Babel Governorate dispatched 12 firefighting teams to control the fire after it extended to five clothing stores. Our teams were able to control the fire and prevent its extension to a large number of nearby shops in a record time."