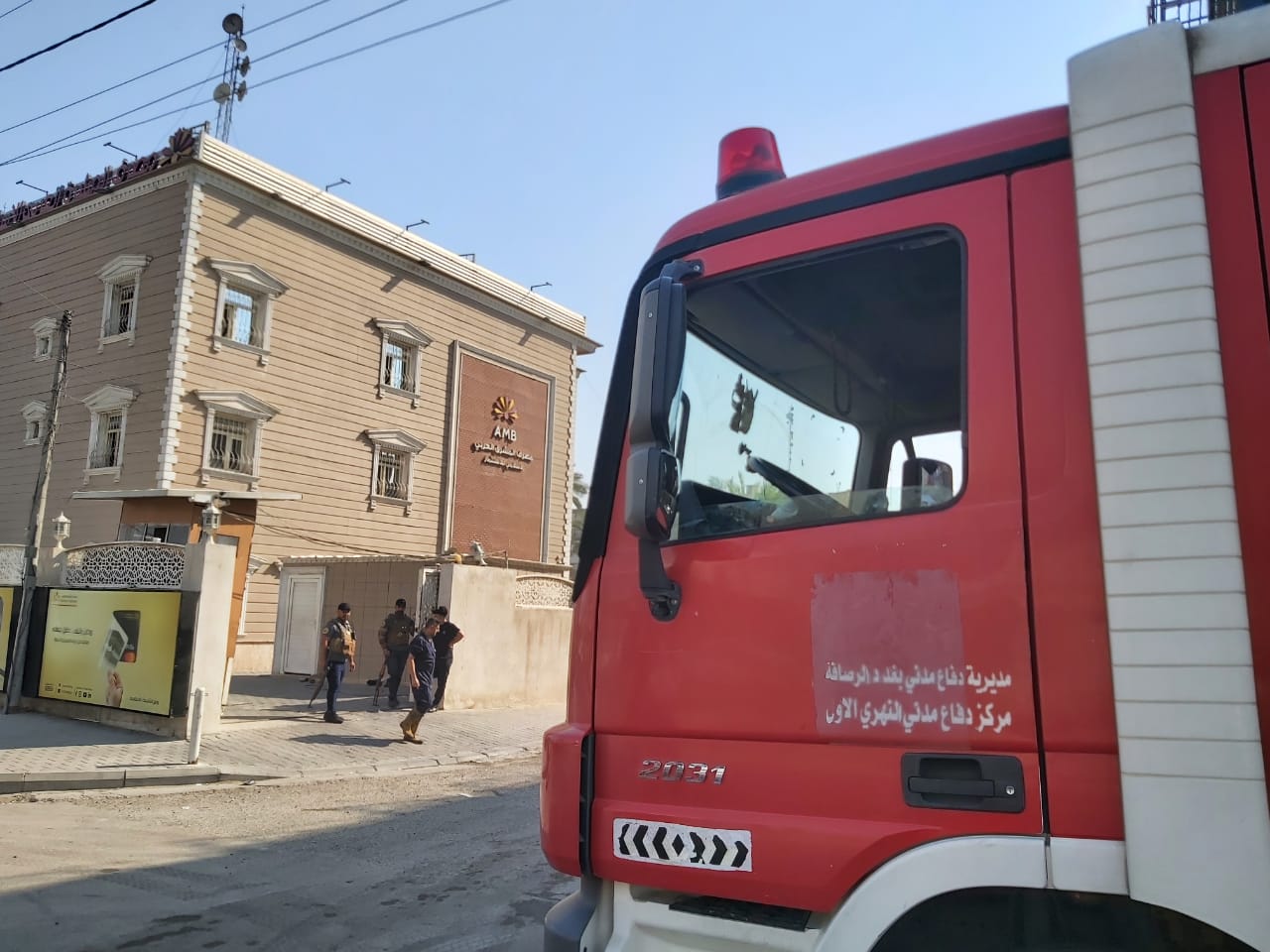 Shafaq News/ The Civil Defense Directorate in Baghdad reported today that it had put out a fire that broke out in a bank.

The directorate said in a statement that its teams controlled, within minutes, a fire incident that broke out in the secondary ceilings on the second floor inside the Arab Islamic Mashreq Bank in the Karrada area.

No causalities were recorded.