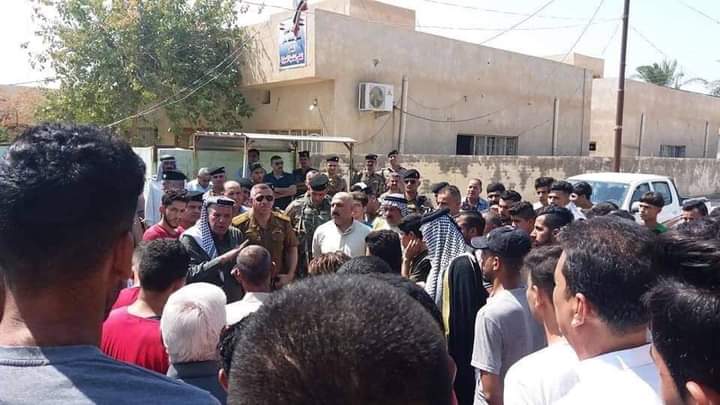 Shafaq News / Tens of citizens in Diyala organized on Thursday a sit-in to protest the continued security breaches and terrorist attacks.

Al-Abara district was subjected today to a double explosion that resulted in 5 victims and 65 injured.

Shafaq News Agency reporter in Diyala said that the protesters blocked a main road that connects several villages, and quoted the demonstrators saying that the attacks have pushed farmers to migrate their orchards and agricultural lands.

For his part, the Director of Diyala Intelligence department, Al-Eid Ali Al-Sudani, met with the protestors to listen to their demands.

The areas on the outskirts of Al-Abara district, northeast of Baqubah, have been subjected to frequent attacks and security incidents over the past years, due to their rugged geographical nature and vast area, which have turned into ISIS hideouts.