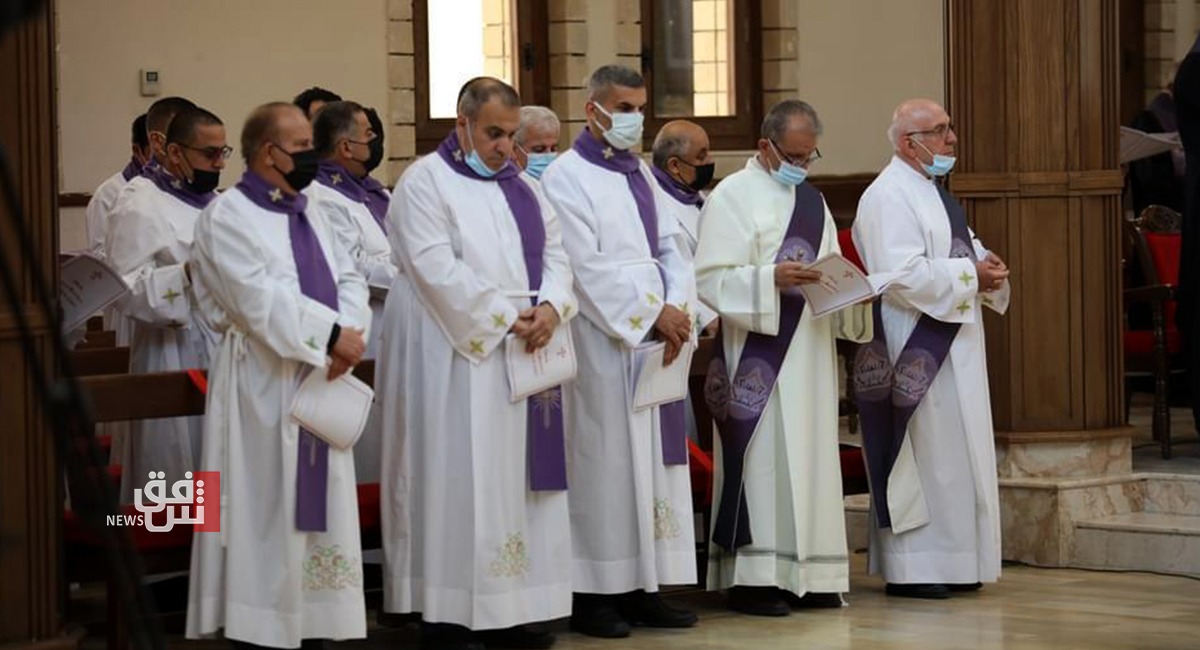 Shafaq News/ President Joe Biden's plans to withdraw U.S. troops from Iraq by the end of the year could lead to increased persecution of Christians and other religious minorities, the president of the Congress of Christian Leaders has argued.

Rev. Johnnie Moore, a former commissioner of the U.S. Commission on International Religious Freedom and an evangelical communications executive, recently spoke with conservative commentator Glenn Beck on his podcast and discussed the situation for Christians in the Middle East.

The interview comes over a month after Biden announced that the U.S. will end its combat mission in Iraq by the end of the year but will continue to train and advise the Iraqi military.

Considering all the despair surrounding the pullout of U.S. forces in Afghanistan this year and the rise of the Taliban in that country, Beck asked Moore, “should we be trying to convince those people [in Iraq] ... get out right now?”

“I’m always hesitant to say ‘Get out right now.' But these are decisions for these people to make,” Moore responded. “But I’m telling you if I were sitting there in northern Iraq, watching the exact same people in Washington, D.C., do the exact same thing with another country ...”

“So if I’m a Christian or Yazidi or another threatened community sitting in Iraq, yeah, I would be getting out of there as quickly as I could," he continued.

Moore, the author of Defying ISIS: Preserving Christianity in the Place of Its Birth and in Your Own Backyard, warned that "we could see" what took place in Afghanistan "all over again."

"But once this genie is out of the bottle, you thought ISIS was bad five or six years ago, you haven't seen anything yet," he said, referencing the Islamic State terrorist group that killed and enslaved thousands after it conquered large swaths of territory in Iraq and Syria in 2014.

According to estimates, there were about 1.5 million Christians in Iraq in 2003, and the number has reduced to fewer than 250,000.

Even after the defeat of the Islamic State in Iraq in December 2017, many of Iraq’s Christians haven’t found their homeland liveable. They have either not returned home or have continued to leave the country.

Following the drawing down of U.S. troops in Afghanistan, the Taliban quickly seized control of much of the country, taking the capital Kabul last month and forcing the government to flee.

The U.S.-based persecution watchdog International Christian Concern warned last week that as the Taliban is cracking down on protests and journalists, concerns are being raised among religious minorities of increased oppression and persecution because the Taliban have promised strict enforcement of Sharia law.

Almost all Afghan Christians — estimated to be between 8,000 and 12,000 — are converts from Islam and remain largely closeted and hidden from the public eye due to severe persecution.

“Their status as converts makes Afghan Christians direct targets for persecution by both extremist groups and society in general,” ICC reports. “In Afghanistan, leaving Islam is considered extremely shameful and converts can face dire consequences if their conversion is discovered.”

The fears are not unfounded, given the new leadership.