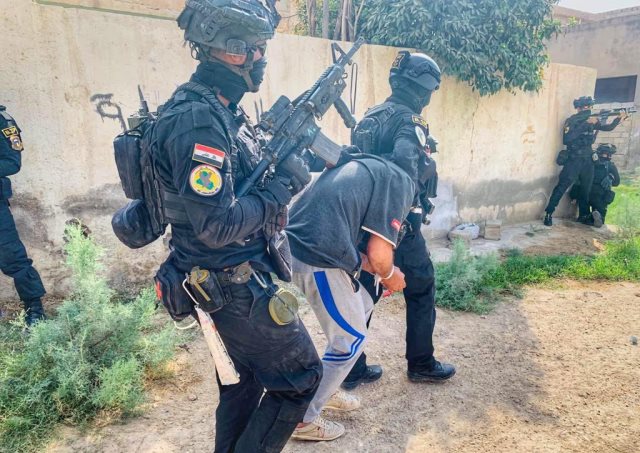 Shafaq News / The spokesman of the Commander in Chief of the Iraqi armed forces, Yahya Rasool, announced arresting 11 terrorists in four Iraqi governorates.

Rasool said in a statement that the Counter-Terrorism Forces arrested seven terrorists in al-Anbar governorate.

He added that the forces caught two terrorists in Kirkuk, one in Saladin, and another in Diyala.

Iraqi forces destroy a booby-trapped house between Diyala and Kirkuk

ISIS releases a civilian in Kirkuk