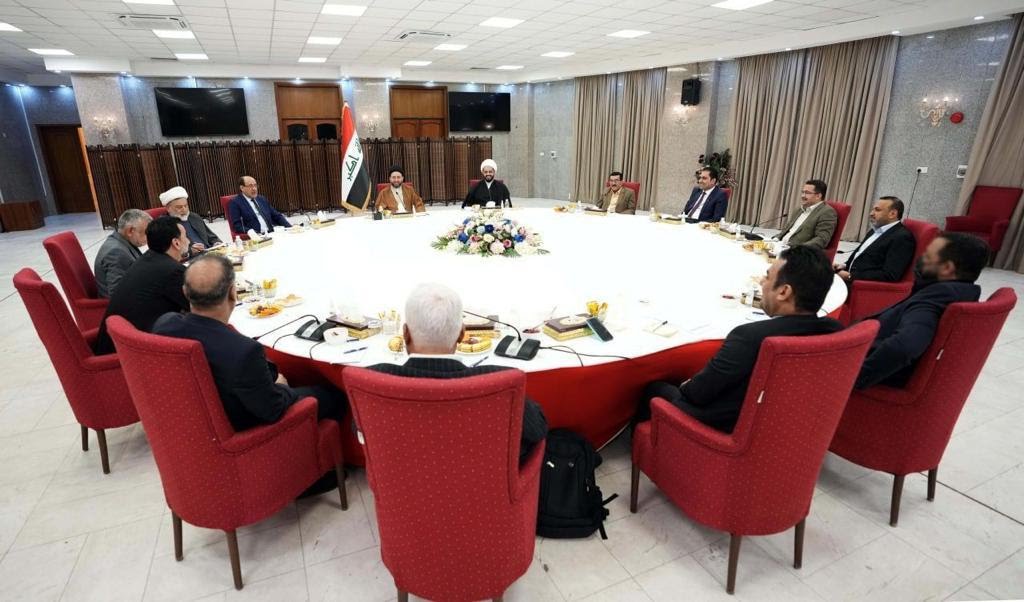 Shafaq News / MP of the Coordination Framework (CF), Ahmed al-Asadi, said on Monday that the Framework is expected to convey and announce a unified position regarding the decision of the Sadrist Bloc's members to resign.

The meeting was supposed to be held yesterday, Sunday, but CF decided to suspend it.

Earlier today, the leader of the Kurdistan Democratic Party (KDP), Masoud Barzani, and the Sunni al-Siyada bloc, Khamis al-Khanjar and Parliament Speaker Mohammad al-Halboosi, will hold a "decisive meeting" to agree on a "unified decision" following the mass resignation of the Sadrist lawmakers from the Iraqi parliament.

A source told Shafaq News Agency, "the meeting will be held tomorrow or after tomorrow."

"A unified decision will be made after the withdrawal of Muqtada al-Sadr from the political arena," the source added.

Earlier today, al-Halboosi said that the resignation of the Sadrist lawmakers will beget "different agreements", ushering in the resolution of the political deadlock in the country.

Speaking in a joint press conference with his Jordanian counterpart, Abdul-Karim al-Doghmi, al-Halboosi said, "the Sadrist lawmakers will be replaced by the losing candidates with the highest number of votes in their respective constituencies."

"The membership of any lawmaker is terminated once he resigns," he continued, "new agreements will be installed after the Sadrist lawmakers' resignation."