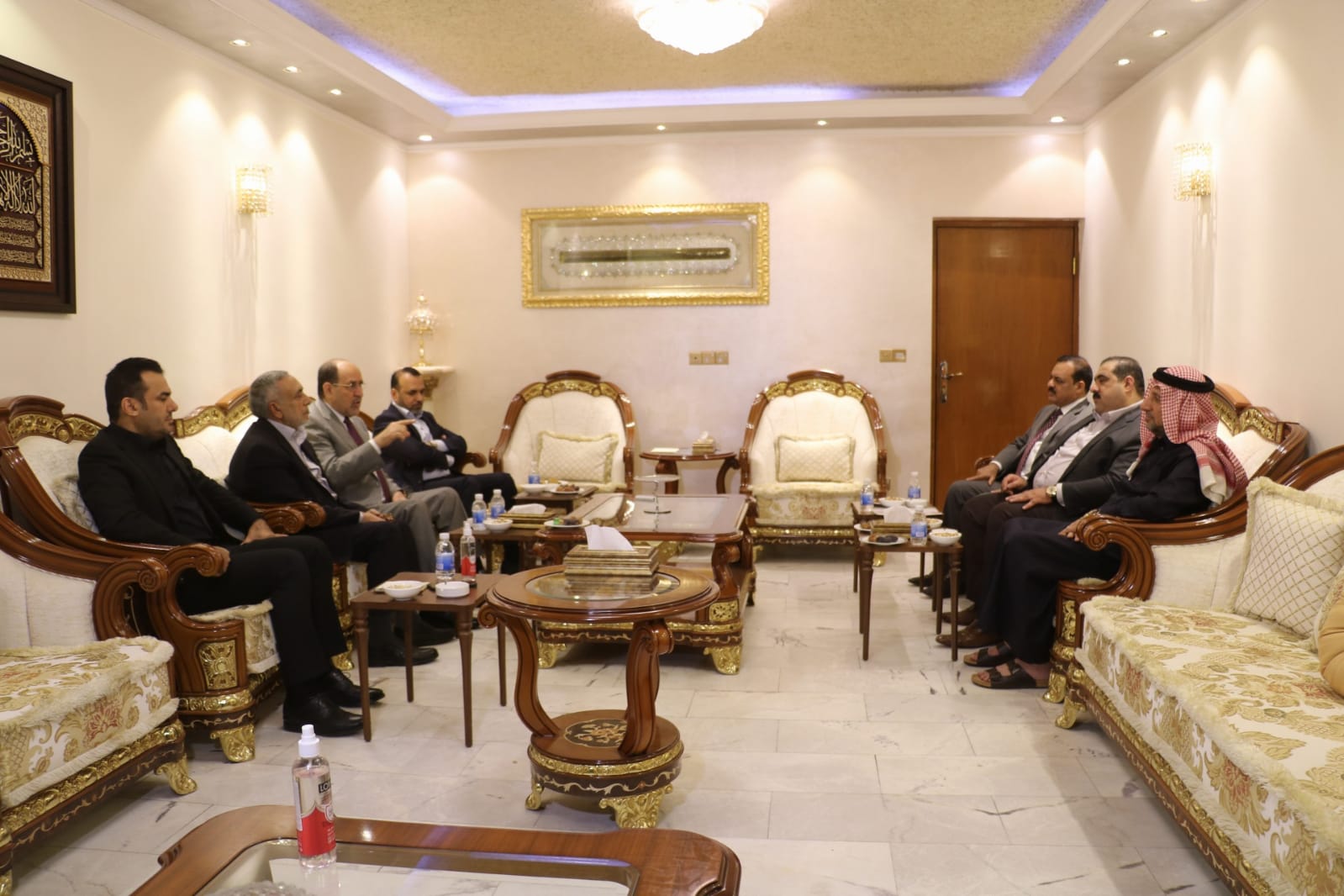 Shafaq News / A delegation of the Coordination Framework (CF) had met today with the leadership of Azm alliance, to discuss forming the new government, a political source reported.

The source told Shafaq News agency that the CF delegation, headed by Nouri al-Maliki, met with Azm's Muthanna al-Samarrai, and discussed electing a new president and forming a new government.

The leader of the Sadrist movement, Muqtada al-Sadr, has informed his allies in the trilateral coalition that he will resume the pursuit of a majoritarian government after the expiry of the 40 days deadline he offered to the rival Shiite Coordination Framework to form a government.

A leading figure in the Sadrist movement, who preferred to remain anonymous, told Shafaq News Agency that al-Sadr had informed the leaders of the Kurdistan Democratic Party (KDP) and al-Siyada Coalition that he will not give up on the national majority government he has been lobbying for since the October 10 election.

"Al-Sadr is aware that the Coordination Framework cannot form a government without the participation and support of the Sadrist movement," the source said, "he will resume the endeavors to form the government after al-Fitr holidays."

Last Sunday, a source said that the Coordination Framework is pursuing a multi-pronged approach to resolve the deadlock that have kept the country mired in political paralysis since October, 2021.

Last week, the powerful Iraqi Shiite cleric said that he was stepping back for 40 days and giving his Shiite rivals the chance to form the country's next government.

Al-Sadr's offer came in a tweet, in which he also called on his followers not to interfere "neither positively not negatively" as his rivals form the Coordination Framework, a coalition of Iran-backed Shiite parties, try to cobble together a Cabinet.

Iraqi political parties are at an impasse, and al-Sadr — the winner of the election — has been unable to form a coalition government. He has assailed his rivals, saying they "obstructed and are still obstructing" the process.

The development is “a clear challenge and dare" directed at his rivals while also being a “test of partners,” tweeted Farhad Alaaldin, chairman of the Iraq Advisory Council, a policy research institute.