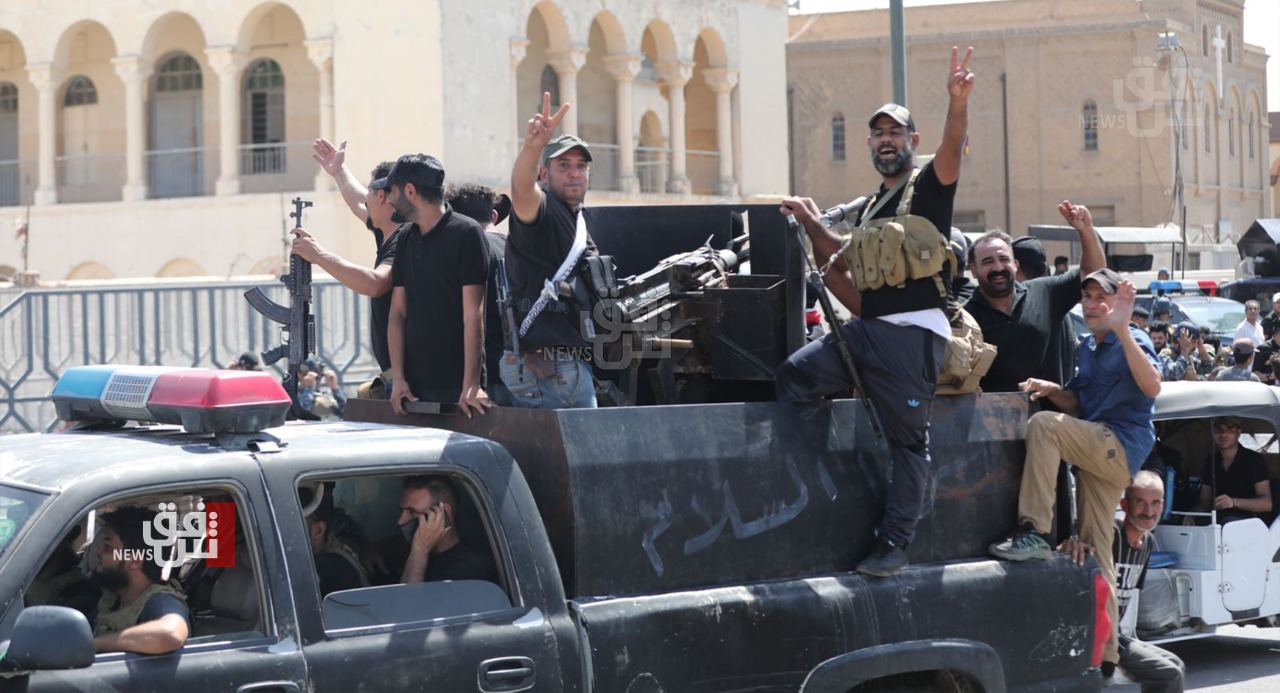 In a statement, the Framework expressed its "deep regret and sadness" due to the "blind sedition that caused casualties."

At least 20 people were killed and more than 200 injured in violent clashes that erupted in Baghdad's heavily fortified Green Zone on Monday, following an announcement by influential Iraqi Shia cleric Muqtada al-Sadr that he was withdrawing from political life.

"We extend our heartfelt thanks to every stance, word, and action that contributed to stopping this sedition and ending the bloodshed of the brothers," CF added.

The Framework stressed that forming a government and resuming the parliament work is the way to prevent these incidents.

"To expedite forming a national service government that undertakes reform tasks, fights corruption, rejects quotas, and restores the state's prestige with the participation of all political forces that want to participate."

The Coordination Framework is an umbrella bloc of Iraqi Shiite parties united mainly through their opposition to the Sadrist movement.

The alliance includes prominent Shiite forces such as the State of Law Coalition led by Nouri al-Maliki, the Al-Fatah Alliance led by Hadi al-Amiri, the Asa'ib Ahl al-Haq movement led by Qais Khazali and the Alliance of National State Forces led by Ammar al-Hakim in partnership with Haider al-Abadi, head of the Victory Alliance, as well as the National Contract Coalition, led by the head of the Popular Mobilization Authority, Faleh al-Fayyad.

The bloc is also allied with the Patriotic Union of Kurdistan, the Babylon Movement led by Ryan al-Kaldani, a Christian leader of the Popular Mobilization Units, and some Sunni and independent representatives.

The Sadrist movement was a part of CF before it withdrew in early 2021.