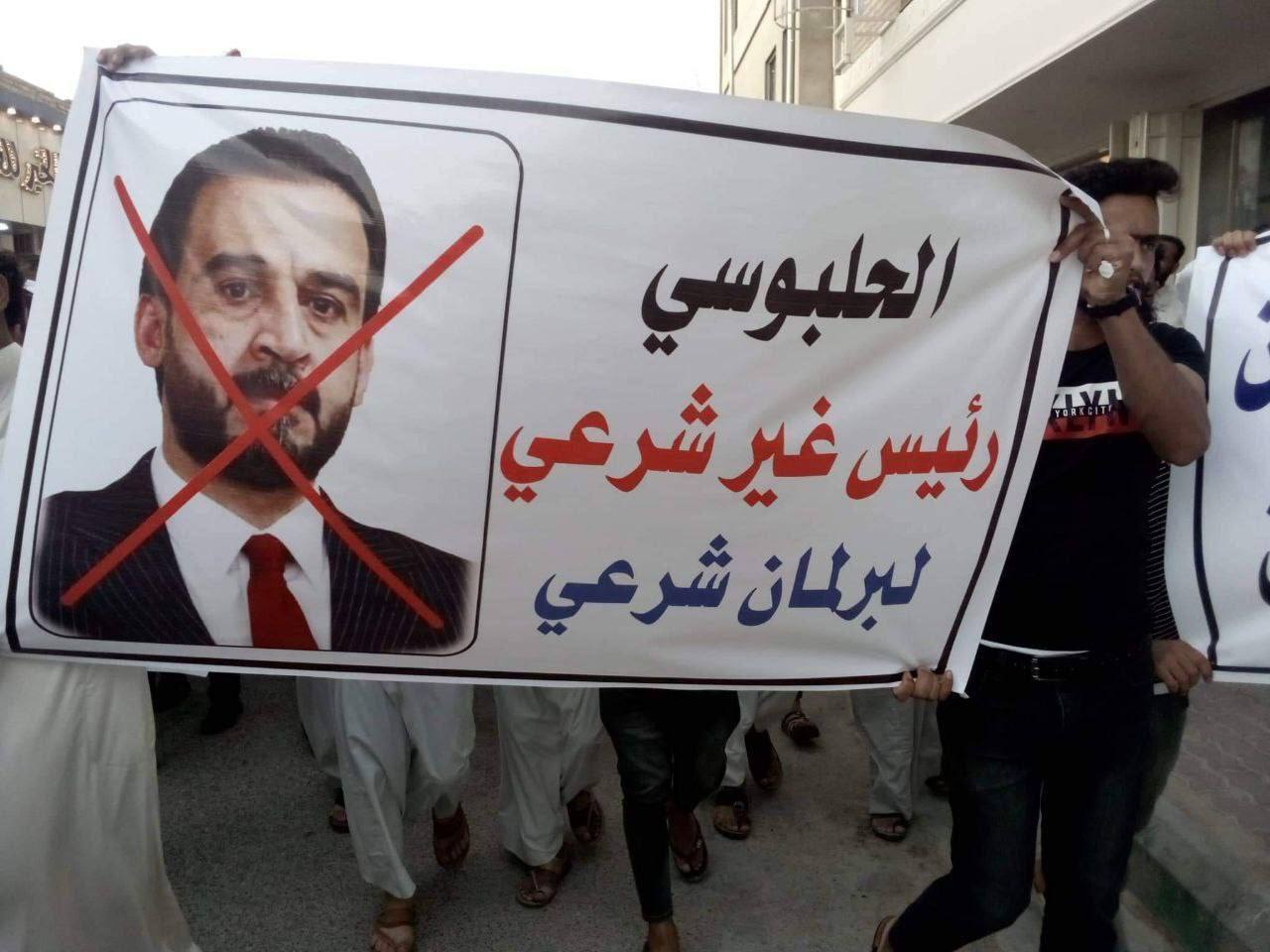 The protestors threatened to escalate against al-Halboosi and his supporters.

During a parliamentary session last Wednesday, al-Halboosi banned Khashan from making interventions and joining parliamentary committees unless he submits a written apology to the parliament presidium.

On Saturday, May 7, Khashan said that he has documents that prove al-Halboosi's involvement in "financial crimes" and constitutional violations, calling on the leader of the Sadrist movement, Muqtada al-Sadr, to dismiss him.

MP Khashan to run for premiership

Al-Halboosi: we look forward to building the best relations with our neighbors