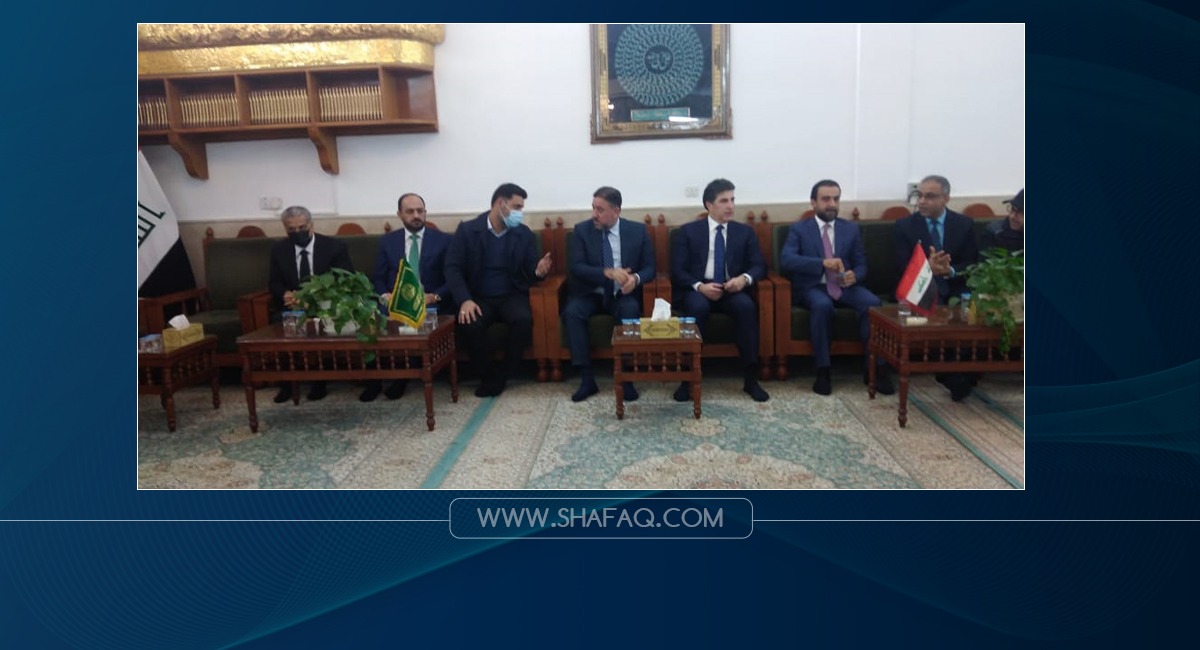 Shafaq News/ President of the Kurdistan Region Nechirvan Barzani, Iraqi Parliament Speaker Mohammad al-Halboosi, and the head of al-Siyada Coalition Khamis al-Khanjar visited the leader of the Sadrist movement, Muqtada al-Sadr, in his headquarters in al-Hannana, North of Najaf, carrying an initiative to resolve the ongoing dispute between his movement and the Coordination Framework.

A source told Shafaq News Agency that the "meditators" -in reference to Barzani, al-Halboosi, and al-Khanjar- presented a "Goodwill initiative to rebuild the Shiite home."

"The partners presented a list of suggestions to address the disagreement between the Shiite rivals. However, al-Sadr was adamant about precluding the head of the State of Law Coalition, Nouri al-Maliki."

"Al-Sadr welcomed all the Shiite leaders, al-Maliki excluded, and expressed willingness to form with them a larger coalition," the source said, "the ball is in the Coordination Framework's court now."

"The partners attempt to ease the tension between the Shiite rivals dismissed all the rumors about them encouraging al-Sadr to escalate the situation inside the Shiite home or following an external agenda to weaken the Shiite component."

Following his meeting with Barzani, al-Halboosi, and al-Khanjar, the populist Shiite cleric said in a press conference that he will continue to pursue forming a national majority government.

Earlier today, the Kurdish leader Masoud Barzani said that he hopes that today's meeting at al-Hannana ends on a positive note.