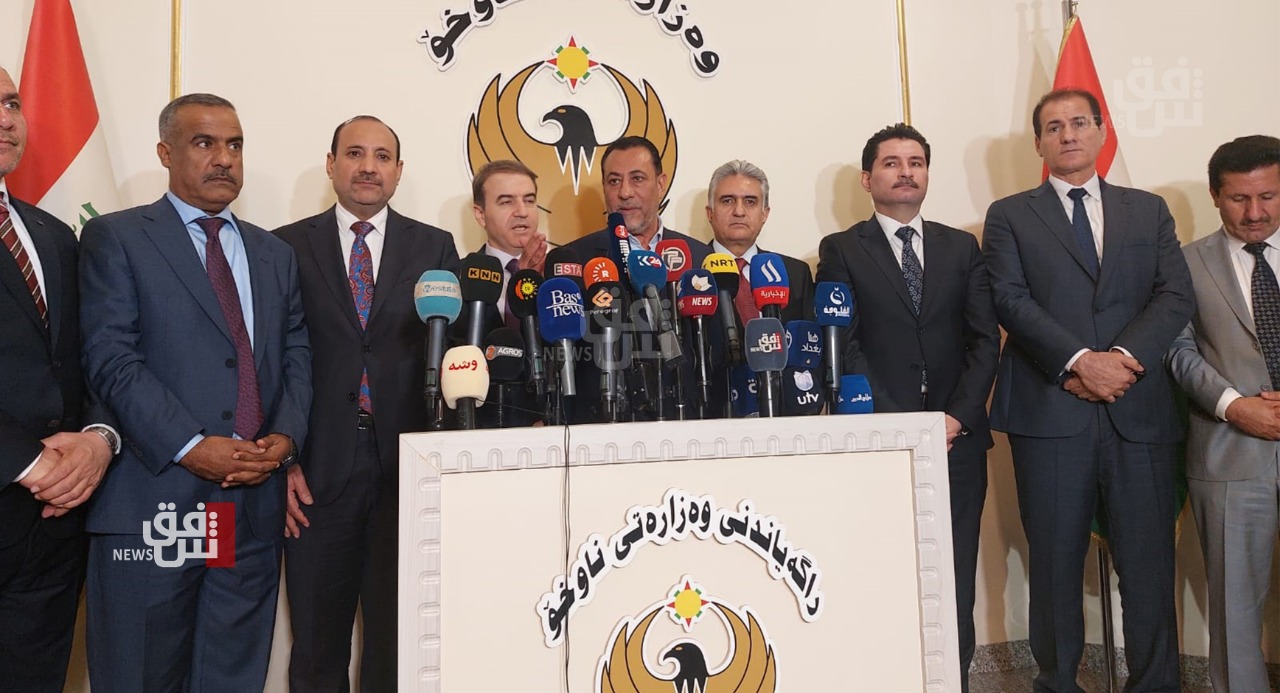 Shafaq News / The First Deputy Speaker of the Iraqi Parliament, Hakem al-Zamili, said today that Baghdad will summon the Iranian ambassador, Iraj Masjedi, against the backdrop of the recent Iranian attack on Erbil.

Al-Zamili said in a joint press conference he held with the Kurdistan Region's minister of interior, Rebar Ahmed, following the meeting of the committee assigned to investigate the Erbil attack.

The First Deputy Speaker said that the meeting was fruitful, during which committees members and MPs asked their questions and discussed the situation.

He added that it is a first-of-its-kind, remarkable initiative where the Iraqi Parliament hosts the Region's minister of interior, noting that the committee is planning to host the head of the intelligence agency and other security leaders, before finally hosting the Iranian ambassador to Baghdad.

"The committee will take many steps including several ones on the international level, and that is why we are collecting documents and data", al-Zamili said, adding that despite Iraq's good ties with Iran, "it still does not have the right to assault us".

For his part, Minister Ahmed said that Iraqis have always backed up the Kurdistan Region against aggressions and false claims, noting that extensive investigation and joint work with Baghdad uncovered the truth behind the targeted site which turned out to be the residence of a well-known Iraqi-Kurdish businessman.

He added that the committee visited the site and assesses it, and its owner does not pose any threats to anybody.

The Minister expressed Erbil's readiness to cooperate with any committee that would visit and assess the targeted site.

An explosion targets a cleric's house in Basra

A rocket attack targets the Balad air base