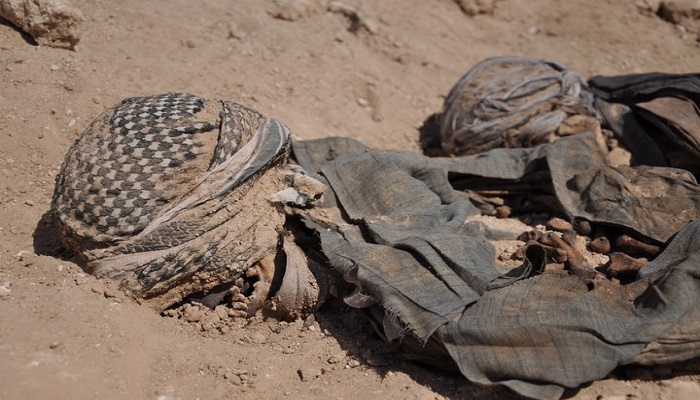 Shafaq News / The Minister of Martyrs and al-Anfal victims, Abdullah Hajj Mahmoud, confirmed on Wednesday that the Kurdistan Regional Government's work is ongoing to obtain financial and moral compensation for the families of Kurdish victims.

Hajj Mahmoud said in a press conference held in the region’s parliament building on the sidelines of a special session for the 33rd anniversary of al-Anfal genocide, "We will pressure through the regional government and Kurdish representatives in the Iraqi parliament to obtain compensation for the families of the victims of the al-Anfal operations", adding, "unfortunately, until now, the federal government has not been able to bear Responsibility for this constitutional obligation."

He noted that the federal government is "evading" the file of compensation for the families of victims of Ba'ath crimes.

Regarding the reasons for the delay in transferring the remains of the victims from the rest of Iraq, the minister said that this process was slightly delayed due to the current conditions and the outbreak of COVID-19, pointing out that work is ongoing in cooperation with the Martyrs and al-Anfal victims Foundation to transfer the remains.

His address is unknown, Baghdad's impeached mayor fled to Amman-source