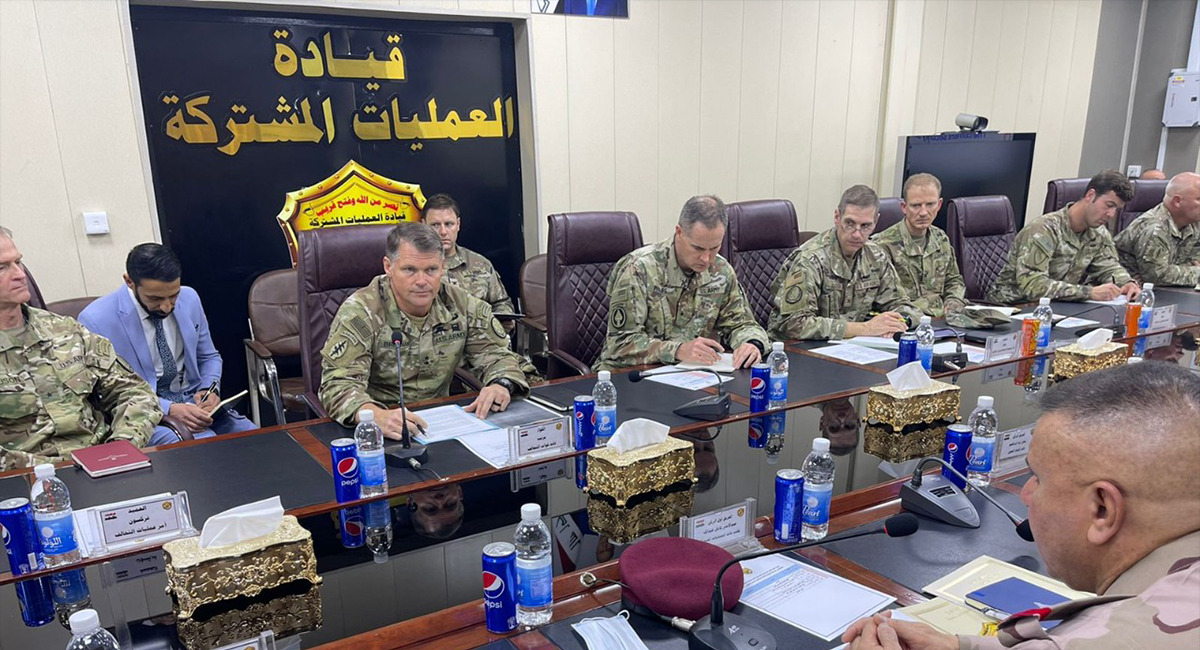 Shafaq News/ The Joint Operations Command reported that the Iraqi Military Technical Committee had met with its American counterpart in the Iraqi capital, Baghdad, and agreed on reducing the number of American combat forces in military bases in al-Anbar and Erbil.

The command said in a statement that the was held yesterday within the framework of the technical security talks held during the Iraqi-American strategic dialogue, and the Global Coalition's plan to stick to a non-combat mission in Iraq according to the outcomes of the meeting held on July 22.

The statement added that the two parties agreed to reduce U.S. combat units in Ayn al-Assad base and the Erbil military base by the end of the current month.

The statement noted that the two sides reiterated that the presence of U.S. forces and the Global Coalition forces is upon Iraq's request, and requires the Iraqi government's protection following international laws.

The two sides also agreed to hold regular sessions to finish discussing the remaining steps to secure the Coalition's transition to non-combat forces by the current year, according to the statement.