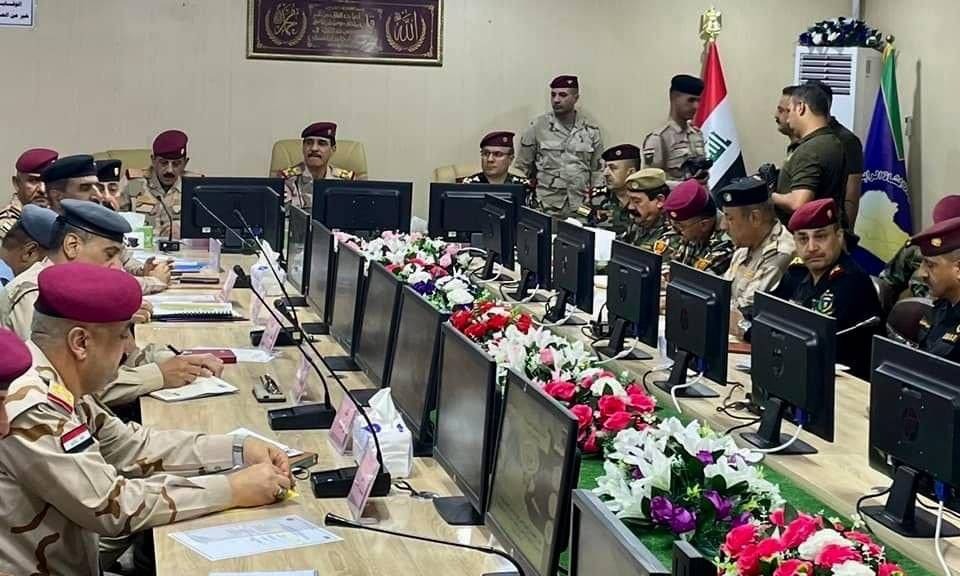 Shafaq News/ Senior commanders in Baghdad and Erbil discussed holding a joint military operation against the Islamic State remnants in the area of mutual interest, a source revealed on Tuesday.

The source told Shafaq News Agency that the Chief-of-Staff of the Iraqi Army, Major-General Abdul-Amir Yarallah, met with a high-level delegation from the Peshmerga forces in the capital city of the Kurdistan region, Erbil, earlier today.

"The talks discussed a joint military operation to combat the threat of ISIS in the territory," the source said.

The meeting touched upon deploying joint brigades between the Peshmerga and the army in Mount Qara Gogh, the source said.

"A joint military operation against ISIS militants was decided during the meeting, but no date has been set as things stand," the source concluded.

Al-Kadhimi arrives Mosul on the anniversary of ISIS invasion

Clashes erupt between ISIS and the PMF in Saladin

US to offer 10 million$ to find the new ISIS leader