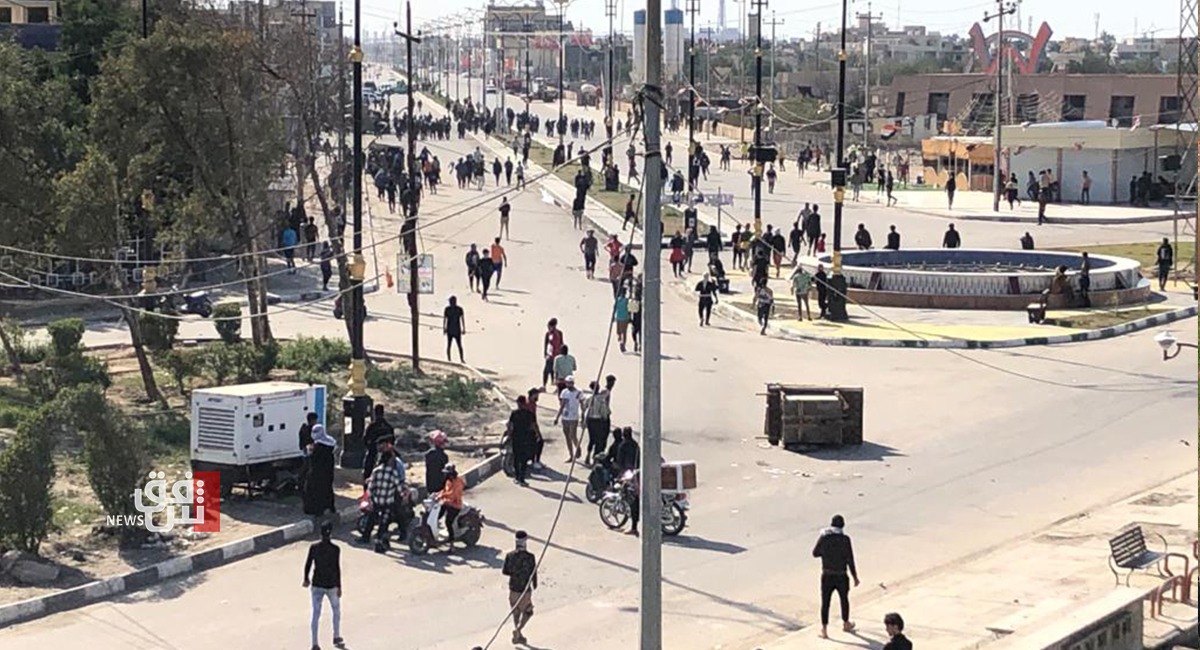 Shafaq News / The demonstrators in Babel Governorate decided, on Tuesday to suspend demonstrations until the end of the ceremony to commemorate Imam Musa Ibn Jaafar al-Kadhim, the seventh Imam of the Twelver in Shia Islam.

“We decided to postpone the peaceful demonstrations till next Thursday.” They added.

Meanwhile, a source said, on Tuesday, that Babel representatives in the Iraqi Parliament are gathering enough signatures to dismiss the Governor Hassan Mandil.

The source said to Shafaq News Agency; this step is to prevent repeating Dhi Qar massive protests when demonstrators and security forces were killed and wounded.

The request of the representatives will be submitted in the coming hours to the Presidency of the Parliament, as well as Prime Minister Mustafa Al-Kadhimi. The Source added.

In another context, Dozens of graduates in Dhi Qar Governorate blocked Al-Nasr and Al-Zaytoun bridges, in the center of Nasiriya, demanding job opportunities in the Dhi Qar Oil Company.

Waves of mass demonstrations rocked in the governorates of Dhi Qar, Babel, Najaf, and Al-Diwaniyah for several days demanding the dismissal of the local governments, as well as finding the killers of the demonstrators to holding them accountable.