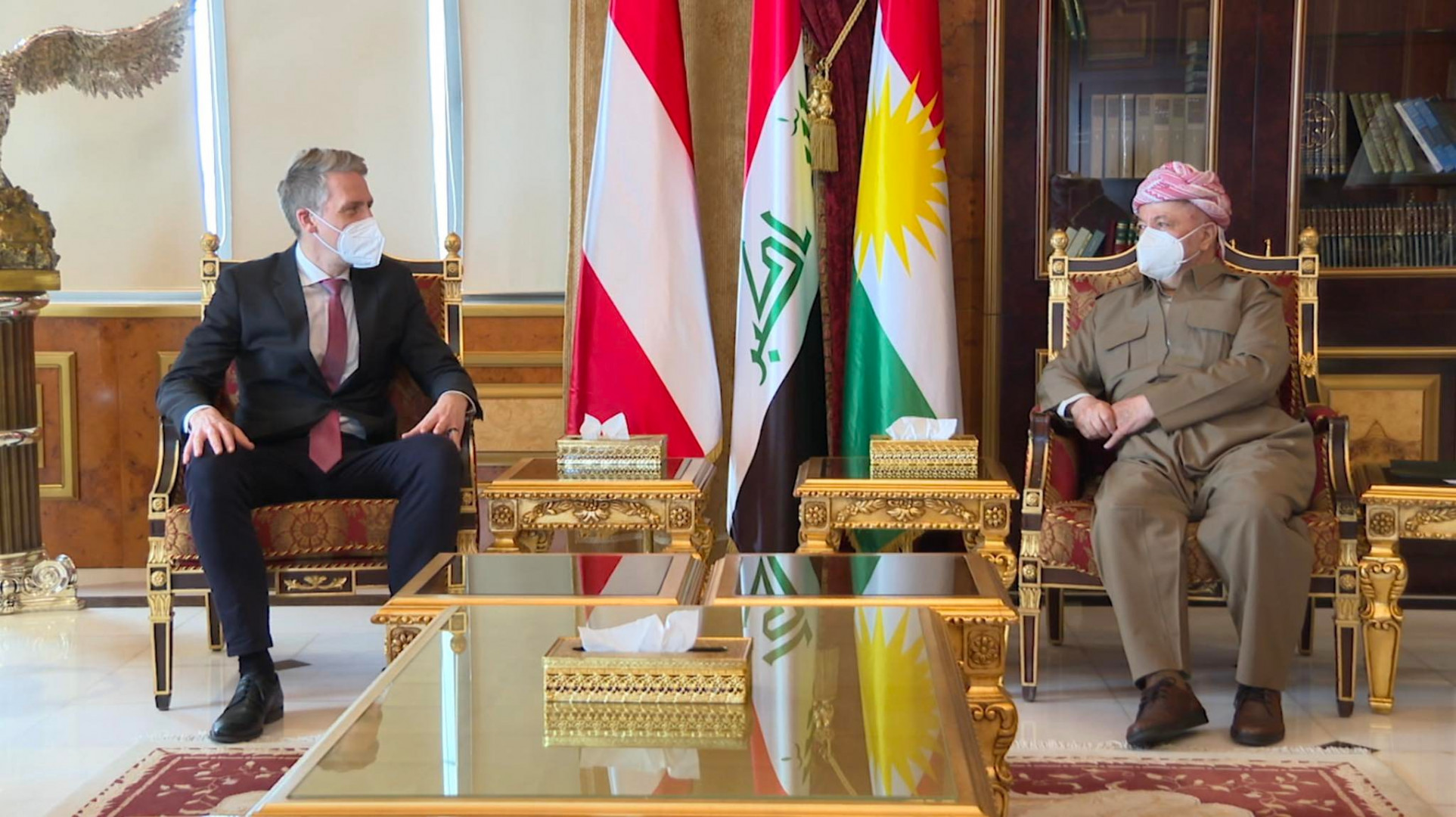 The delegation included the head of the Middle East, North Africa, and Southern European Union department at the Austrian Ministry of Foreign Affairs, Gerold Vollmer, and the Austrian Ambassador to Iraq and Jordan, Oskar Wustinger.

According to a readout issued by the Barzani headquarters, the Kurdish leader discussed with his guests the historic and friendly ties between the Kurdish nation and Austria and ways to develop them.

The meeting touched upon the latest updates on the political situation in Iraq and the progress of the government formation process.

The visiting delegation highlighted the vitality of Iraq's security and the success of the October 10 election.

The meeting exchanged views on the recent situation in Syria, the threat of terrorism and extremist ideology to the regional and international stability, laying emphasis upon the need for joint efforts to deter and eradicate this phenomenon.

Leader Barzani recalls Ayatollah Al-Sadr: he was a title for challenging injustice