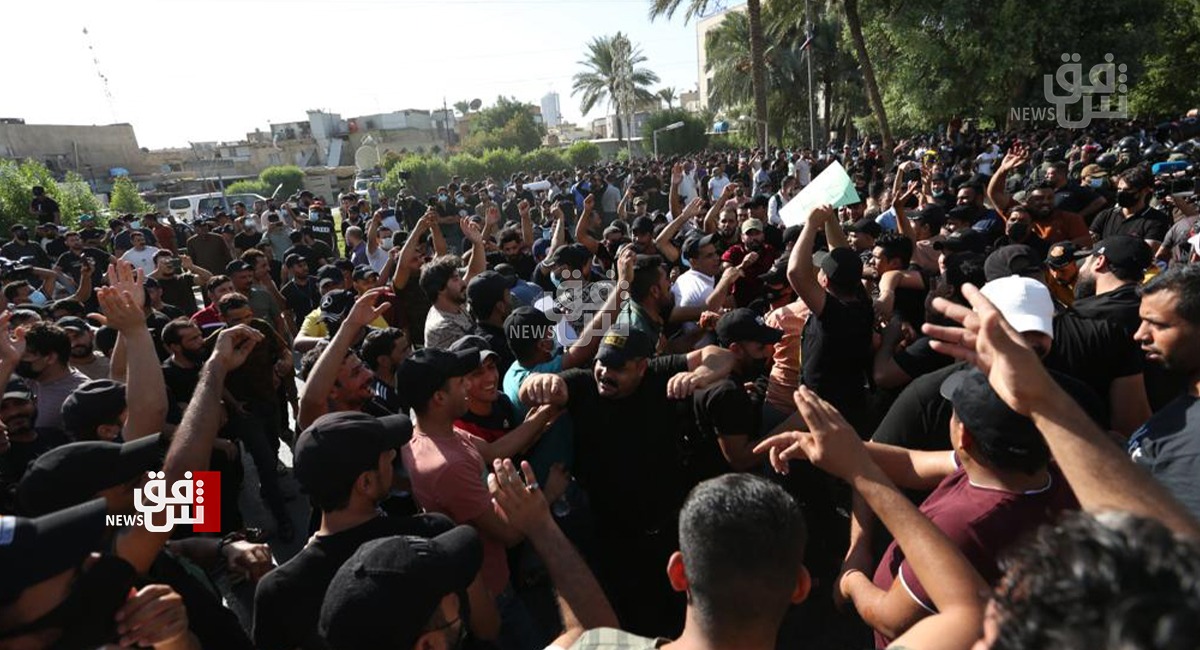 Shafaq News/ On Saturday, the Asa'ib Ahl al-Haq Movement, a prominent party of the Shiite Coordination Framework, vowed to follow new steps in the demonstrations against the results of the parliamentary elections.

A member of the Movement, Saad al-Saadi, told Shafaq News Agency, "The peaceful demonstrations and sit-ins will continue until justice restored for the demonstrators and the political blocs whose votes were stolen."

He added, "there are other steps, which is to go to the Supreme Judicial Council," noting that "external manipulation had a major role in the election results."

"Everyone heard the message of the UN envoy, Jenin Hennis-Plasschaert, to the Electoral Commission, that it would not recognize the results after the appeals, and this confirms that there is targeting of the coordination Framework and the Al-Fateh Coalition in particular."

Al-Khazali: the Resistance Coordination Commission has not yet entered the US embassy

Al-Khazali: the truce with the US is over