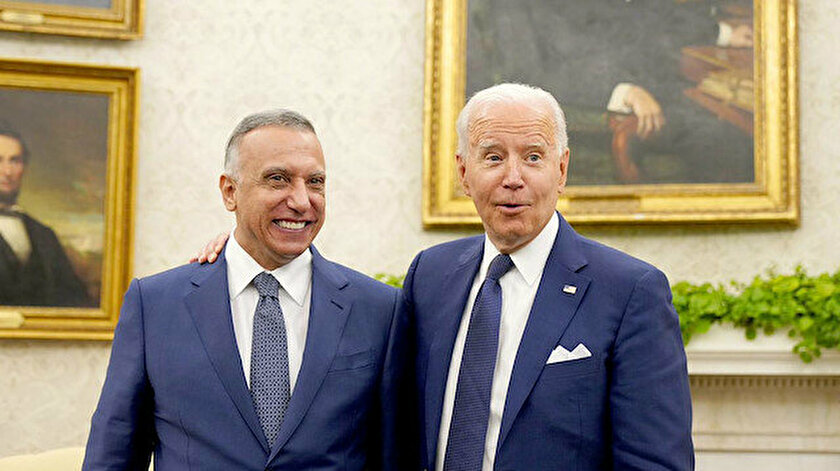 Shafaq News/ Asa'ib Ahl al-Haq Movement, led by Qais Khazali, commented, on Tuesday, on the agreement between the Iraqi Government and the US administration to withdraw the combat forces from Iraq at the end of this year.

The leader in the Movement, Saad Al-Saadi, told Shafaq News Agency, "The discussions between Al-Kadhimi and Biden revealed a fact that the US combat forces are present in Iraq, which is an information that has long been denied by the Iraqi government."

Al-Saadi added, "We do not deal with statements and media news, but rather with the outcomes and theimplementation of the agreement," noting that "we still adhere to the conditions of the Resistance Coordination Commission, which are the necessity of a real and complete withdrawal of soldiers, aviation, and bases.”

The Leader stressed the need for a committee formed of political and parliamentary forces to follow up the implementation of the agreement on the US withdrawal.

He added, "There are doubts and fears that what was agreed upon in Washington will not be implemented on the ground. We do not have any confidence in the American administration. It cannot be said that there is a withdrawal without implementing the agreement correctly and completely."

The leader of the Asa'ib Ahl al-Haq continued, "The Iraqi resistance factions will suspend their military operations if their conditions are met with a complete and real withdrawal. Otherwise, military operations will continue…the Factions will now give time to implementing what was stated in yesterday's agreement between Al-Kadhimi and Biden…we are monitoring and following up the situation."

In this regard, a political source told Shafaq News Agency that, "the leaders of the Resistance Coordination Commission are holding continuous meetings to take an official and unified position on the US-Iraqi agreement."

Since the beginning of 2021, about 50 attacks have targeted the US interests in Iraq, including the US Embassy in Baghdad, the Iraqi military bases, the Baghdad and Erbil Airports, that include US troops as well as logistical convoys of the Global Coalition.

There was no claim of responsibility, but Washington accuses armed Iraqi factions linked to Iran of being behind the attacks.

Secretary-General of Asa'ib Ahl al-Haq: the "resistance" will force the Americans to leave Iraq