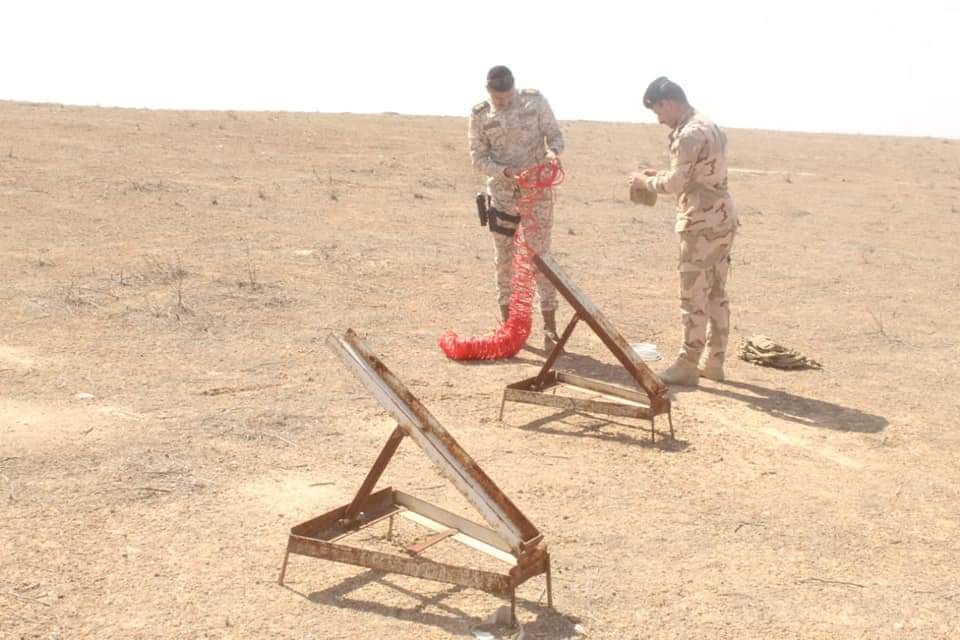 Shafaq News / A terrorist was arrested in Nineveh for providing food and logistical supplies to ISIS hostiles, the Military Intelligence Directorate said on Wednesday.

The Directorate announced in a statement today, that a joint force of Military Intelligence and the Infantry Brigade had arrested one ISIS member in the Karaj area, Makhmur district, Nineveh.

In a second statement, the Directorate said "two rocket launchers were seized, and two explosive devices were dismantled by the engineering team in the Abu Dalaya area in the western desert of Haditha district in Al-Anbar."