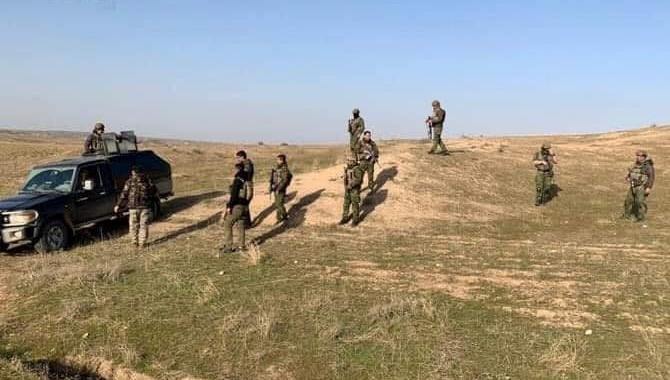 Shafaq News / A security source in Diyala said today, Saturday, that the Iraqi army deployments have been completed in the Diyala-Kalar borders, in preparation for forming a joint coordination office with the Peshmerga Ministry.

The Kurdistan Democratic Party MP Bashar Kiki earlier revealed to Shafaq News agency, an agreement between the ministry of defense and Peshmerga ministry to open four joint coordination offices in the disputed areas under the supervision of the international coalition.

"The army has completed its deployment in Diyala to secure the vacant areas between Diyala from the northern side of Jalawla with Kalar."

"Discussions between the army and the Peshmerga are continuing to open the Joint Coordination Office and identify the security responsibilities between the two sides and cut off the infiltration routes between Diyala and Kurdistan, which have caused terrorist attacks in recent years," the source said.

It’s noteworthy that The Peshmerga withdrawal from the Diyala areas left a security gap that turned into hideouts and bases for terrorist operations.