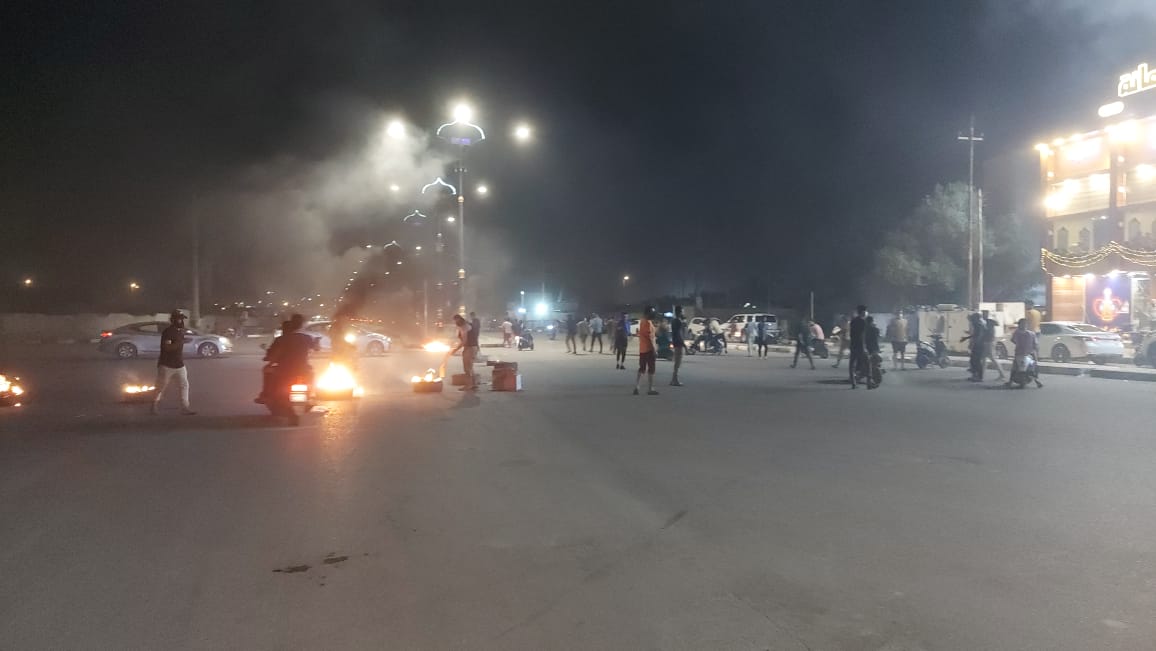 Shafaq News Agency correspondent said, "Dozens of graduate protesters stormed the streets and blocked Imam Ali Street where the government’s building is located in the center of Nasiriya demanding to be appointed.”

The graduates expressed their will to escalate their protests in the coming period until their demands are fulfilled.

Iraq’s biggest anti-government protests in decades broke out in October 2019 and continued for months, with hundreds of thousands of Iraqis demanding jobs, services and removal of the ruling elite, whom they accused of corruption.

The deteriorating economic situation, corruption and economic mismanagement have worsened conditions of life for many Iraqis leading to a new round of unrest and anger at a government that has been in power almost a year.

Iraq still suffers from a chronic lack of job opportunities, power and water supply and other basic services even after the war against the hardline ISIS ended.