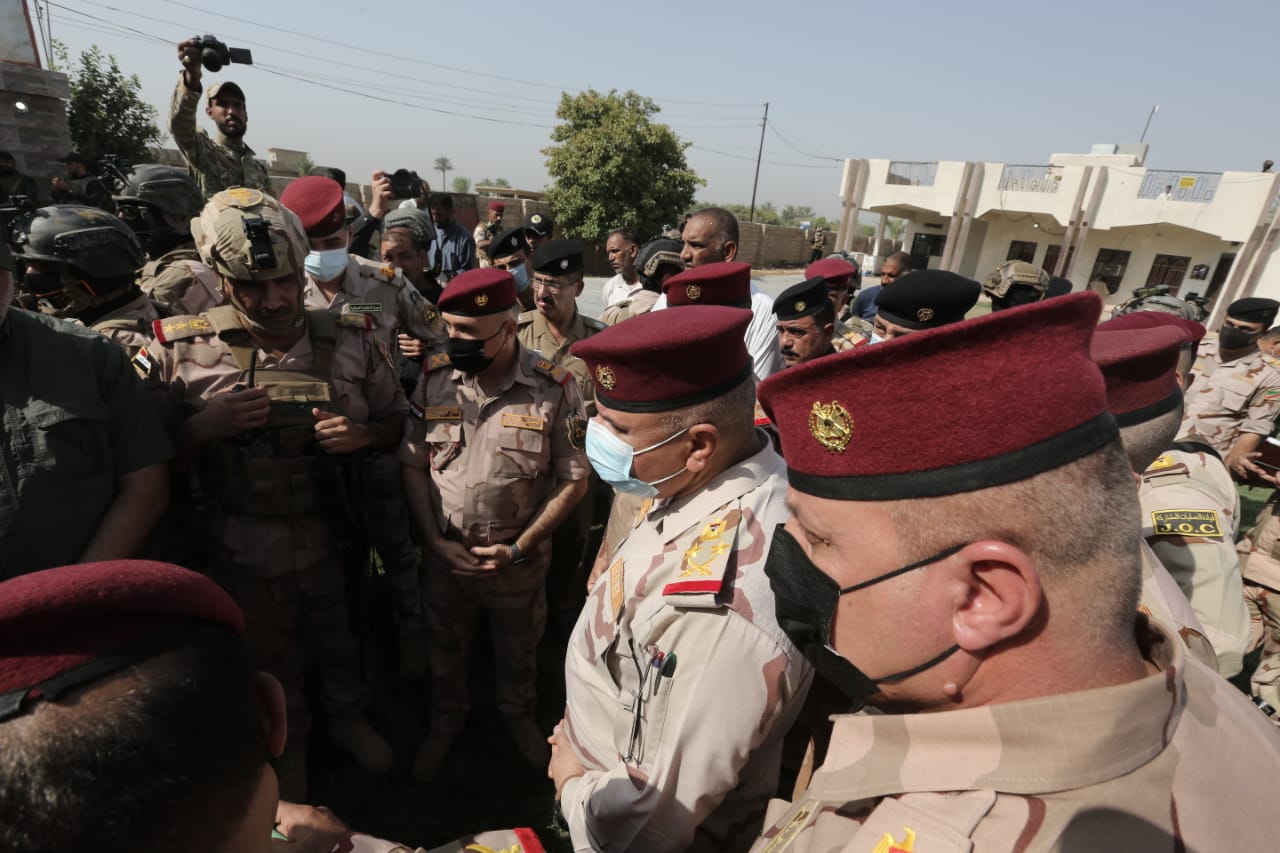 Shafaq News/ An Iraqi army delegation arrived this morning, Saturday, in the town of Yathrib, south of Saladin Governorate where ISIS carried a bloody attack.

The Deputy Commander of Joint Operations, Lieutenant-General Abdul Amir Al-Shammari, arrived in Yathrib district, accompanied by senior officers of the joint operations and the Ministry of Defense, to follow up on the situation in the town.

Yesterday, a security source reported that 24 people were killed and wounded in an ISIS attack in Saladin.

The source told Shafaq News Agency that ISIS members attacked a funeral in the village of Albu Jili on the outskirts of Yathrib district, south of Saladin.

He added, "clashes erupted between ISIS and the citizens, which killed seven, and wounded 17 others."

For his part; The Governor of Saladin condemned the attack considering it “a dangerous sign, and we must all be aware of this danger..."

Al-Jabr directed the security services to begin investigating to find the perpetrators.

It’s noteworthy that the outskirts of Yathrib contain hideouts for terrorist organizations due to the density of orchards.

Iraq declared final victory over ISIS in 2017 after Iraqi forces drove its last remnants from the country, three years after the militant group captured about a third of Iraq’s territory.

The terrorist organization is recently active in different areas in the country by killing and kidnapping citizens as well as clashing with the security forces.