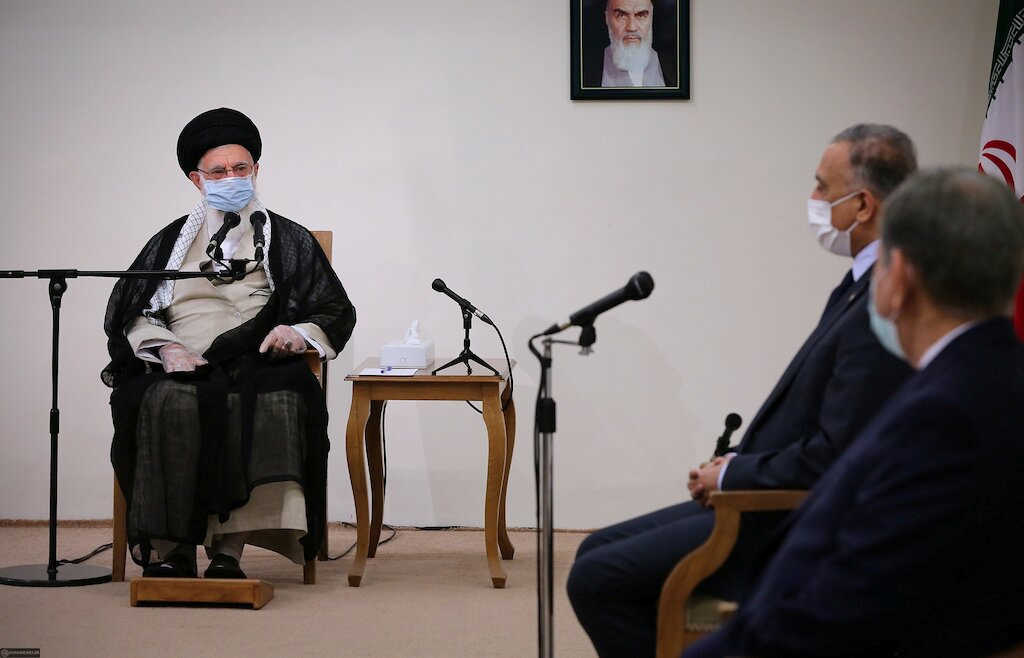 In the introduction of her article, Rash quoted the Iraqi Journalist, Muntadhar al-Zaydi as saying, "Thank you dear I have the best nationality Iraqi citizen" to a tweet by Gravel institute sarcastically demanding granting U.S. citizenship to whoever threw the show on George Bush, referring to the incident that took place in Baghdad, 2008.

"In this one sentence, years of war, strife, and struggle; foreign intervention; and deep-rooted nationalism surfaced to reveal the state of the Iraqi psyche," Rash commented.

Rash highlighted the lengthy history of foreign intervention in Iraq since the 2003 U.S. invasion through the subsequent attempt to establish democracy in a (geopolitically strategic) country, which changed Iraq's future trajectory.

Rash explained, "This nine-year war heightened sectarian tensions, diminished abilities to intercept a rise in violent extremism, and failed to establish a post-invasion plan to deter Iraq's transfer from one power's hands to another's", attributing the emergence of Iran as a tactical player in the Iraqi arena to, "America's inability to achieve its goals."

The American researcher noted the reprisal among Iraqis searching for self-determination generated towards Iran that has already established a political stronghold in Iraq as part of its religious and/or political narrative; In addition to the importance of considering " acknowledging the historical politicization of sectarianism, transnational influence, and marked involvement of Iran's Revolutionary Guard Corps, and yearning among Iraqis for political autonomy" in comprehending the Iraqi protests.

" From 1980-1988, the newly-established Islamic Republic of Iran was thrust into a war after Saddam Hussein invaded following what many have deemed a series of miscalculations regarding Iran's vulnerability." Rash said that Saddam deemed the rebirth of a Shia republic could hamper Iraq's delicate Sunni-Shia balance. She added that Hostilities of "centuries-old Sunni-versus-Shia and Arab-versus-Persian religious and ethnic disputes resurrected as, "personal animosity between Saddam Hussein and Ayatollah Khomeini."

The disastrous American policies, including dismantling the Ba'ath party and marginalizing Sunni figures, culminated in the sectarian conflict and rendered the Shia –according to Rash- view Iran as their protectorate.

" The 2005 Iraqi parliamentary elections were a catalyst for Iranian involvement," noting its rule in, "encouraging its closest Iraqi allies: the Islamic Supreme Council of Iraq (ISCI), the Badr Organization, the Islamic Dawa Party, and the Sadrists to participate in the electoral process and emphasize the importance of a unified Shia vote".

With a Shia-controlled majority elected, Nouri al-Maliki was named prime minister—a politician with well-established ties to Iran. Suddenly the world's only major Shia power had a Shia-led neighbor.

Rash also noted Soleimani's efforts in establishing the cabinet in 2005, brokering cease-fire deals, and persuading ISCI, Dawa, and Sadrists, which demonstrated Iran's expansionist ambitions "to export the revolution to Arab nations through a religious-political movement appealing to the broader Shia community."

"Iran's regional influence has been strategic," Rash referred to Iran launching an Arabic-language news channel to emphasize its protectorate narrative on the eve of the invasion and the visit of the Iranian President Mahmoud Ahmadinejad to Baghdad at the behest of Iraq's Shia parliament.

The writer described 2019 demonstrations as "a national appeal for infrastructural repair, and job creation led to demands for complete governmental restructuring," and viewed storming the Iranian Consulate in Najaf by protestors, "a symbolic attack on the foreign power so entwined in Iraq's anatomy."

She also presented Iran's efforts to prevent ousting Abd al-Mahdi's government and its fear of Iraq's instability, which prompted it to push its axillaries in Iraq to aid in protest suppression.

She concluded that the rampant disaffection had done little to benefit Iran, which struggles to manage dissension within its own borders, as skyrocketing oil prices have exasperated its populace. "While Iran has attempted to export the revolution's ideology to Arab nations for decades, Iran's Shi'ism rarely appeals to its Arab counterparts," because of the forceful Arab Nationalism, Rash concluded.

US Embassy condemns Erbil attack: there is no place in Iraq and Kurdistan for indiscriminate attacks

The United States is open to working with any Iraqi government, US official