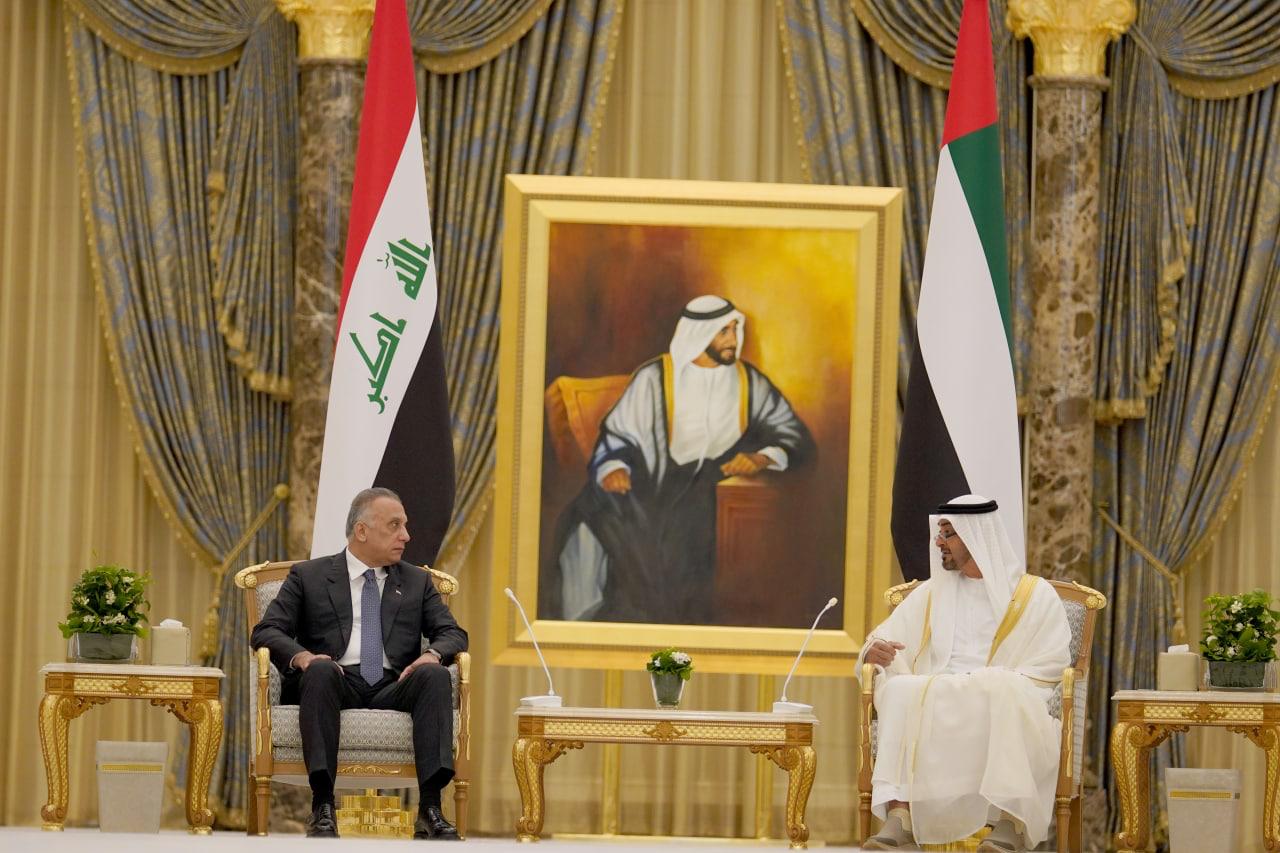 Al-Kadhimi embarked to UAE on an official visit in an effort to forge close ties with oil-rich Gulf Arab monarchies.

Bin Nahyan led an entourage to welcome the Iraqi Prime Minister and the accompanying delegation upon his arrival at the Presidential Airport in Abu Dhabi.

The Iraqi Prime Minister was accorded a red-carpet reception where the UAE and Iraqi national anthems were played, after which artillery fired 21 guns in salute to the guest.

Khadimi's visit to the UAE follows one to Saudi Arabia last week, during which Riyadh said it would increase investments in Iraq by five-fold to $2.67 billion.