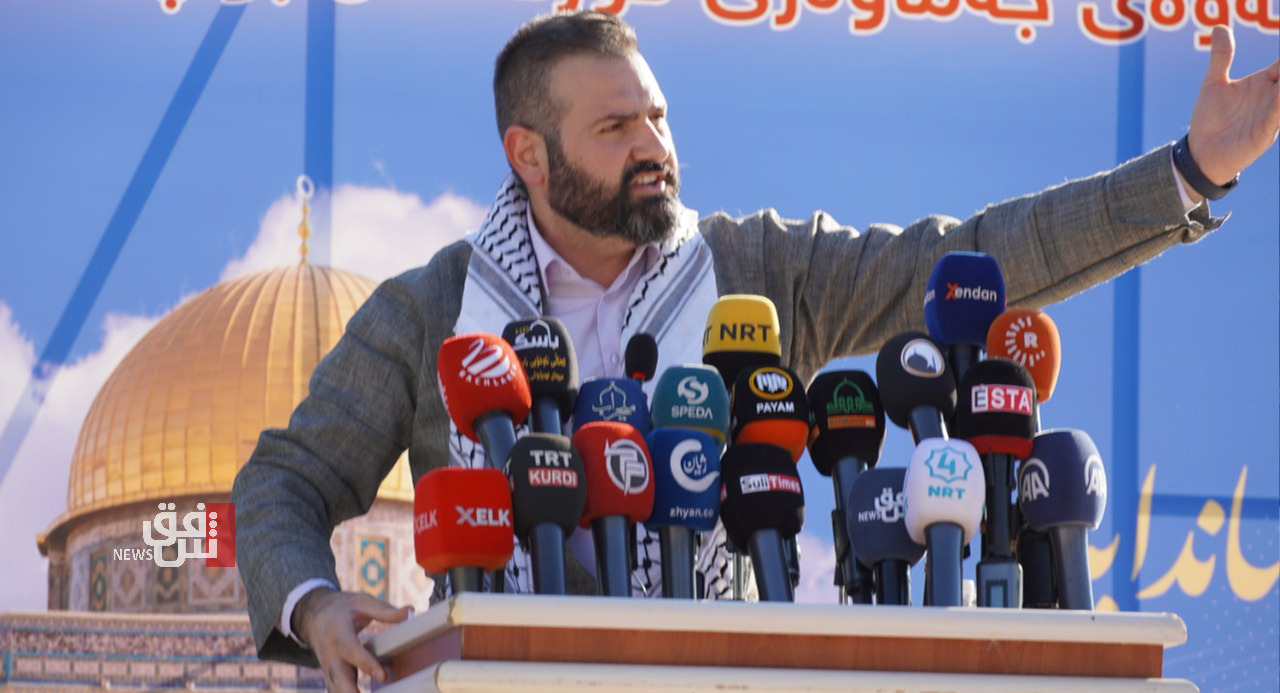 Shafaq News / Hundreds of Islamic scholars, imams, and intellectuals, protested the "violations" that the Quds (Jerusalem) was subjected to by the Israeli side.

Omar Ahmad, an imam in al-Sulaymaniyah and one of the protest organizers, told Shafaq News agency, "the Islamic Union Scholars Foundation, Jamaa and Justice in the Kurdistan Region, held under the slogan a protest, in which we denounce the Israeli bombing of Islamic holy sites in Palestine and support the Palestinian people."

Ahmed called on the international community to, "stop the Israeli aggression, and for the Arab countries to take a serious and real stand towards it."

"We, the descendants of Saladin, stand today with the Palestinian people, spiritually and heartily, and believe in our Islam and our dignity, in the Holy Qur'an book", he concluded.

Abandoned ammunition found in a destroyed house in al-Sulaymaniyah