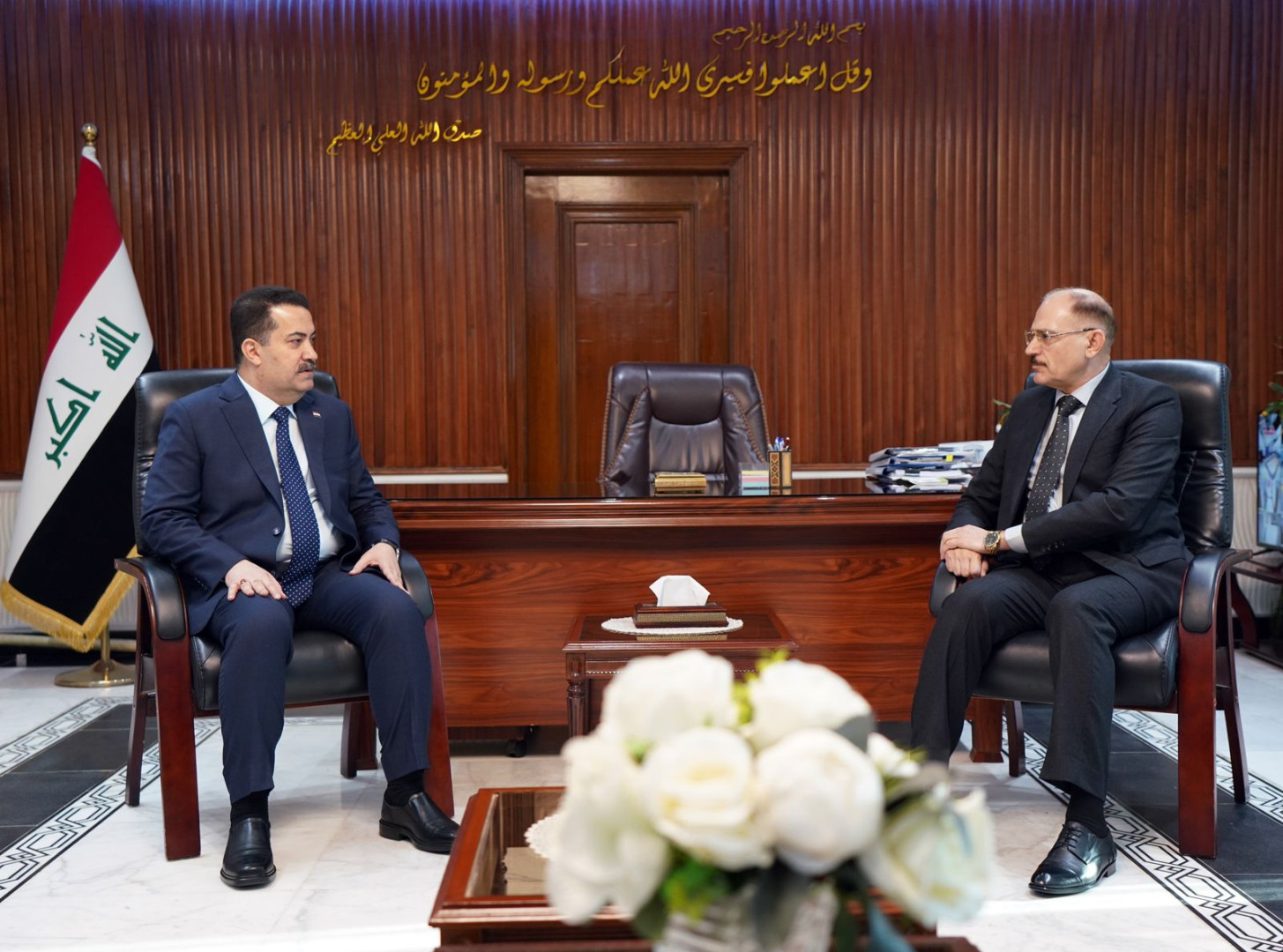 A statement by al-Sudani's media office said that the latter confirmed that his government is putting all efforts to protect the sovereignty of the Iraqi judiciary.

For his part, Abboud expressed support for the government program, emphasizing the importance of prioritizing the law and putting it above everything else.

Al-Sudani: +300bn recovered from the theft of the century

Al-Sudani: we aim to transform welfare recipients into active members of the labor market