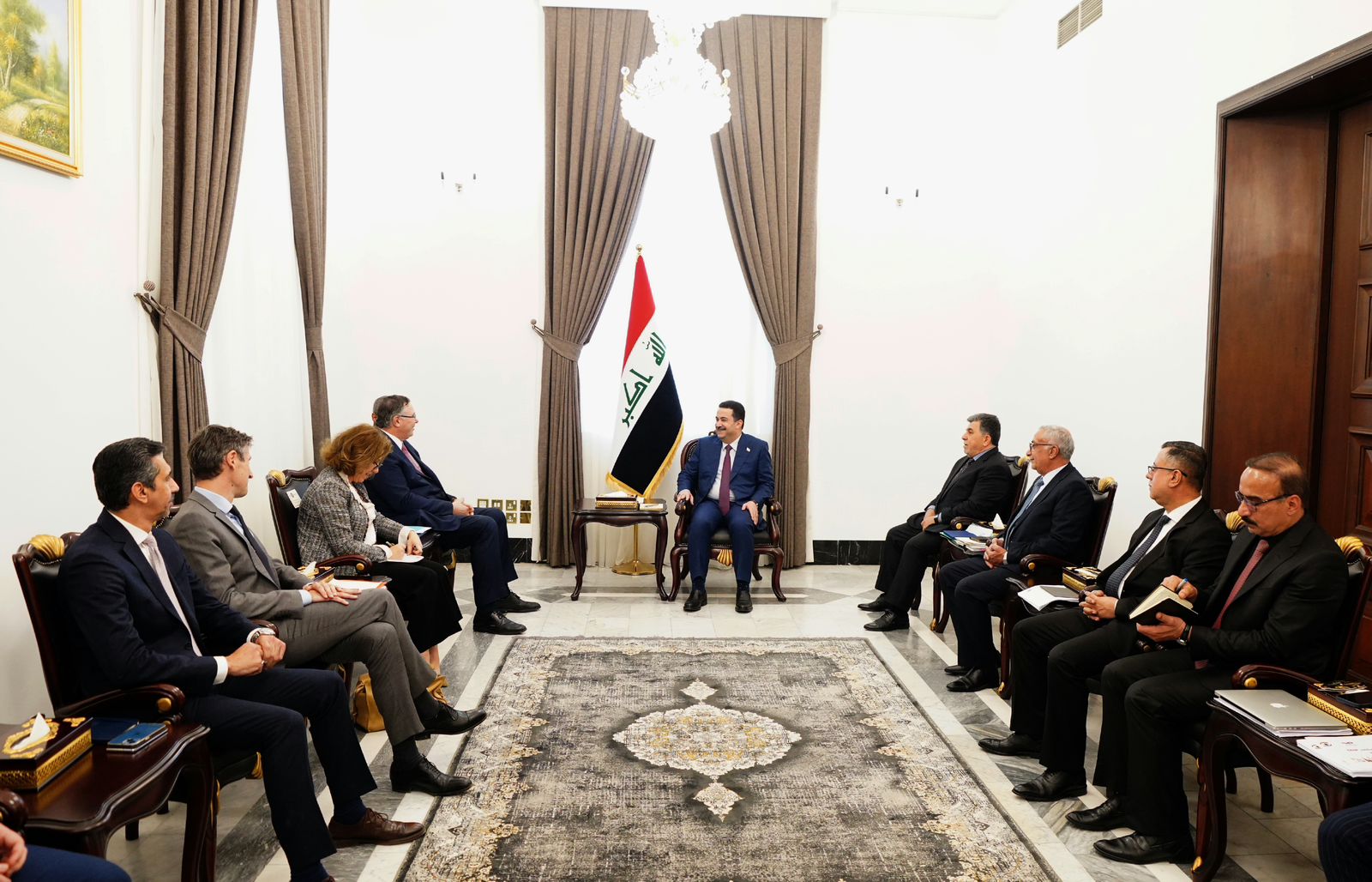 According to an official readout, the meeting discussed gas investments in Iraq, including a 600-MMSCF flared gas plant, the Artawi oilfield, a seawater desalination project, and a 1000-megawatts solar energy.

Prime Minister al-Sudani said that the government program attaches importance to energy projects as the cornerstone of its future vision for the country's economy.

He also laid emphasis on the "optimal investment" of Iraq's resources, and finding alternative and renewable to wane off fossil fuels.

Total's CEO reiterated the French company's commitment to implementing the contracts it concluded with Iraq and commended the new cabinet's efforts to provide facilities for the projects, the statement concluded.

Iraq's PM to head to Amman on Monday

Al-Sudani: Iraq seeks to establish a true partnership with Kuwait