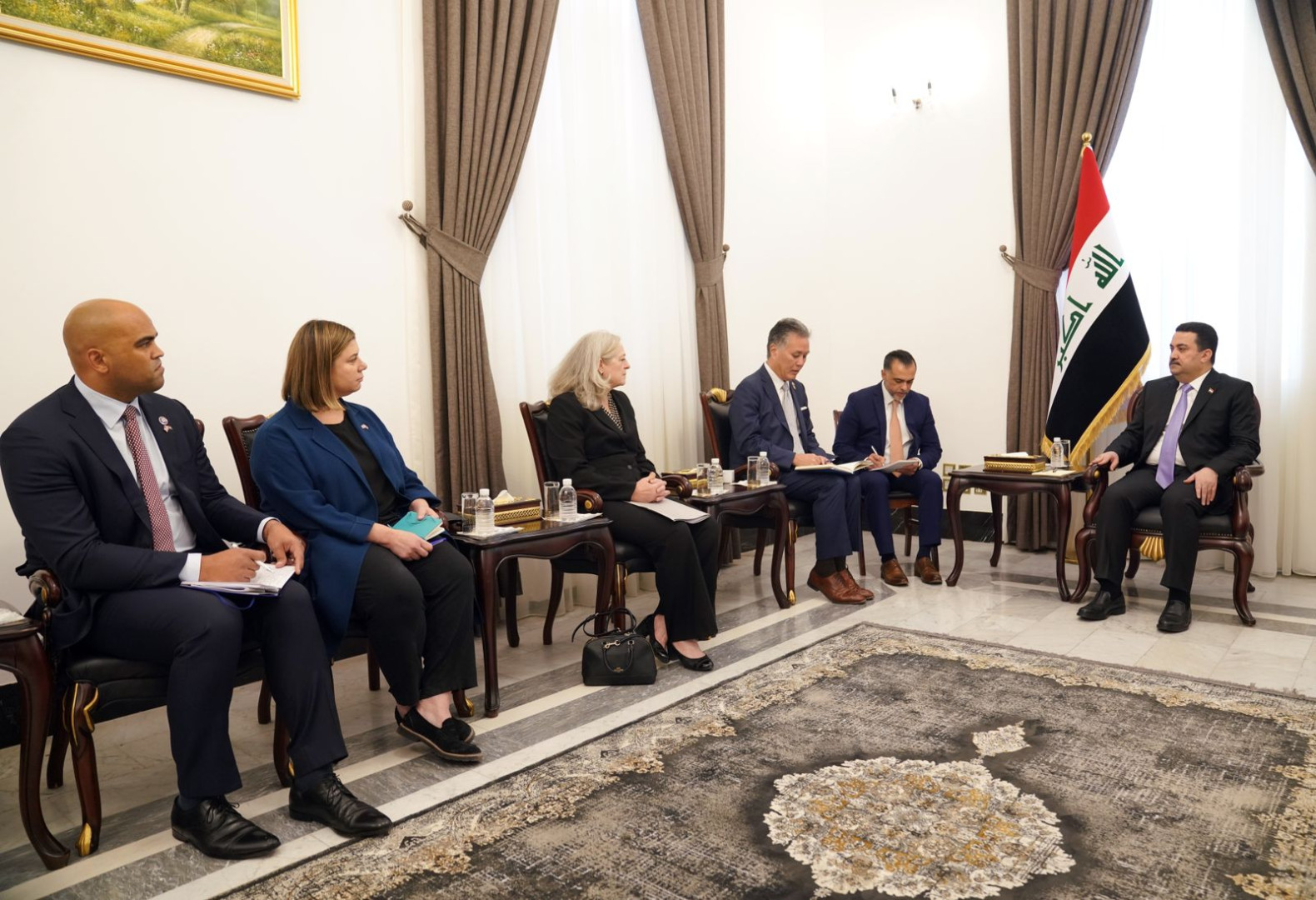 According to a readout issued by the prime minister's office, the chairman of the Veterans Affairs house offered congratulations to al-Sudani for winning the confidence of the Iraqi parliament's confidence as premier.

Takano, according to the readout, heads a group of fellow congressmen on the first visit for a delegation from the US legislative body to Baghdad since the formation of the new government.

Prime Minister al-Sudani discussed with his guests the US-Iraqi bilateral ties, the battle against terrorism, and the Iraqi efforts to eradicate ISIS.

The meeting touched upon ways to bolster the partnership between the parties who signed a strategic deal under Mustafa al-Kadhimi's government. The talks mainly revolved around climate change and drought.

Highlighting the importance of the US ties with Iraq, al-Sudani laid emphasis on Iraq's willingness to develop balanced relations with its regional and international neighbors.

Plasschaert congratulates al-Sudani on his appointment as PM

Al-Sudani heads a meeting on flaring gas with Total's CEO

to broker a new round of Saudi-Iranian talks, al-Sudani heads to Tehran tomorrow