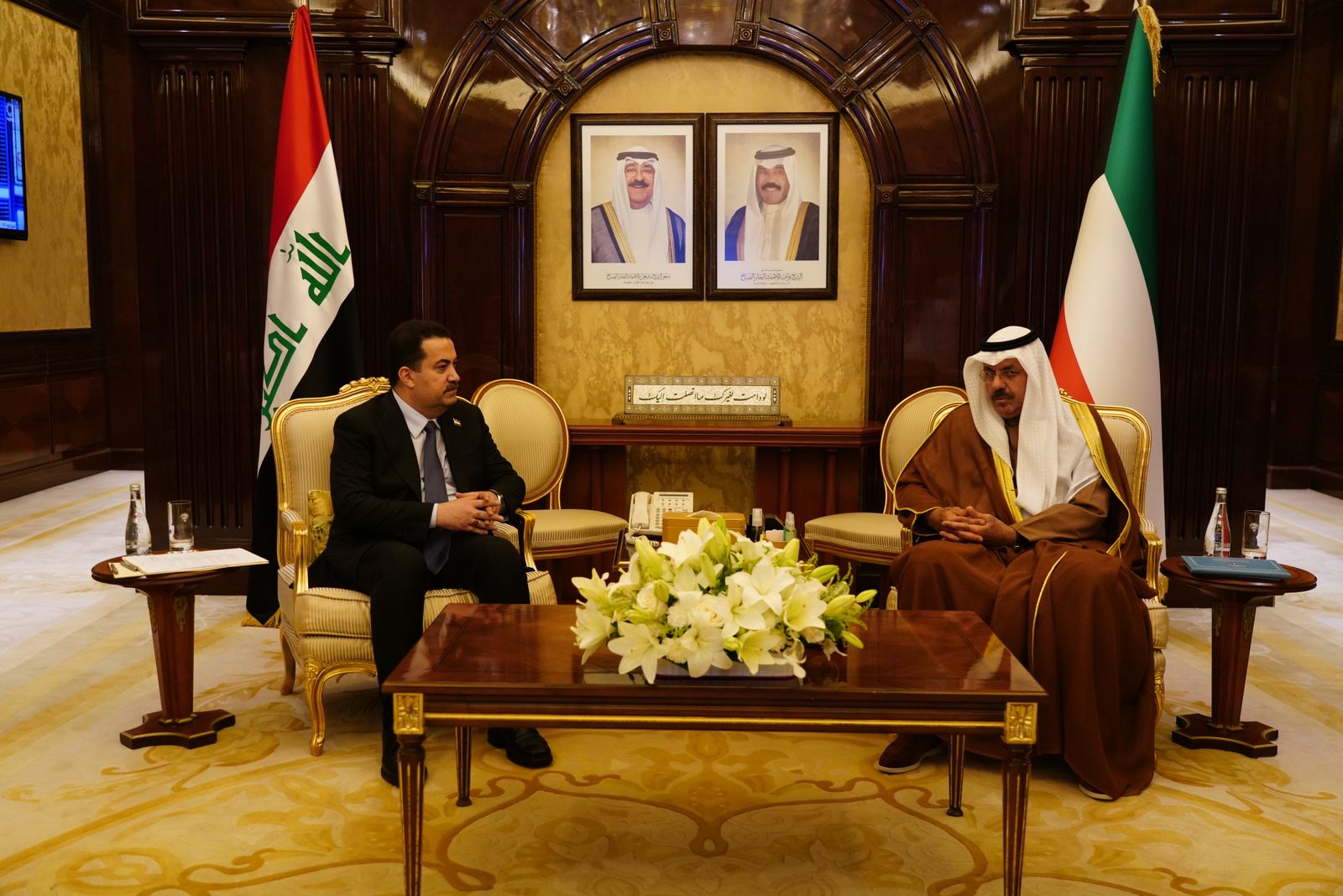 "This visit implies Kuwait's particularity for Iraq and reflects the historic depth of the ties between the two countries," the statement said.

Al-Sudani highlighted his government's willingness to establish a "true partnership" with the Kuwaiti government in a bid to uphold the interests of both nations.

For his part, the Kuwaiti premier expressed his country's willingness to expand cooperation with Iraq and sustain the economic and commercial aspects.

The two sides exchanged views on issues of mutual interest and topics of relevance to the bilateral ties between the two countries.

Kuwait suspends flights due to a severe dust storm