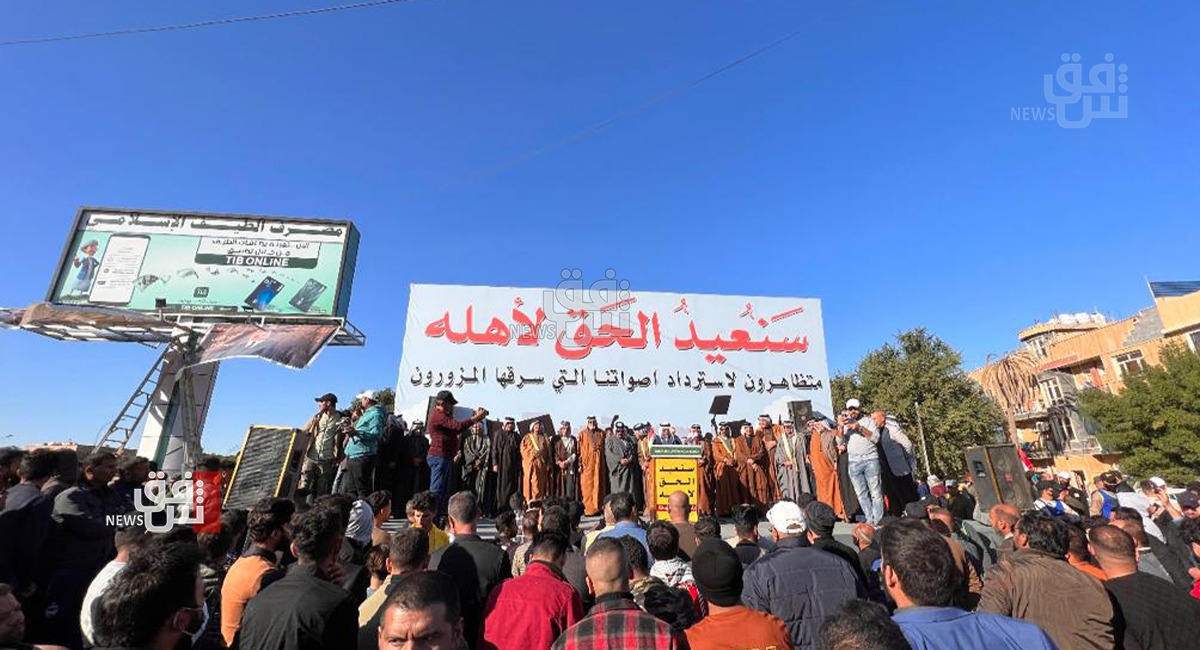 Shafaq News/ The organizing committee for demonstrations and sit-ins rejecting the election results revealed that the supreme Shiite authority in Iraq, represented by Ayatollah Ali al-Sistani, refused to meet with the Special Representative of the Secretary-General of the United Nations in Iraq Jeanine Hennis-Plasschaert during her recent visit to the city of Najaf.

The committee said in a statement today, "The supreme religious authority's refusal to meet the notorious, evil international representative Plasschaert is not a surprising. The authority has always showed such historical positions in the darkest and most critical moments,” calling on all politicians, blocs, leaders, and social activists to boycott her and refuse to meet her.

The statement accused "malicious hands of attempting to shuffle the cards in order to point fingers toward certain parties protesting the election results. We do not exclude the possibility that parties benefiting from the election results being involved in orchestrating those attacks."

"It is imperative to start a transparent and serious investigation that reveals the culprits and brings them to justice," the Commission said, "We embrace our security forces and our sacred Hashd (Popular Mobilization Forces-PMF) to double its efforts in destroying the defenses of terrorism and quenching its flames."

The statement added that the three presidencies are, "nothing but poisonous circles lurking around our people, trying to hijack their future, constants and cultures. Therefore, refusing to renew their mandate is an essential demand."

The statement concluded, "We affirm that maintaining the peacefulness of demonstrations and sit-ins is the elixir of success that shakes the thrones of counterfeiters."

Demonstrators wave the streets in the Iraqi governorates