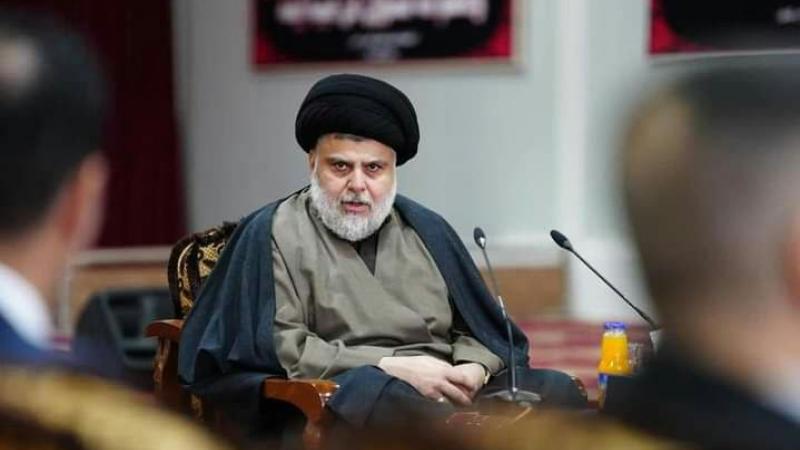 Shafaq News/ The leader of the Sadrist movement, Muqtada al-Sadr, thanked the member of the Tasmim (Determination) parliamentary bloc, Assaad al-Eidani, for the "honorable" attitude he and "some" of his colleagues showed by attending the parliamentary session called on Saturday to elect a president of the republic.

According to a readout issued by his bureau, al-Sadr held a phone call with al-Eidani, a member of Tasmim bloc and incumbent governor of Basra, earlier today, Saturday.

al-Sadr ascribed al-Eidani's position as "honorable" after he, among other members of his bloc, attended the session today.

"This position is a beginning of the end of corruption, subordination, and consensus to form a national majority government," al-Sadr said according to the readout.

Earlier today, Iraq's parliament failed again to vote for a president after the Iran-backed Shiite Coordination Framework boycotted the session.

But only 202 members of parliament out of 329 were present, which is less than the necessary two-thirds quorum needed to choose a new president for the mostly ceremonial post, while 126 lawmakers boycotted the session.

The delay prolongs a bitter deadlock in Iraqi politics months after an October general election from which al-Sadr emerged the biggest winner, with his Shiite, pro-Iran rivals receiving a hammering at the polls.

The vote on the president was postponed to Wednesday. The current caretaker government will continue to run the country until a new government is formed.