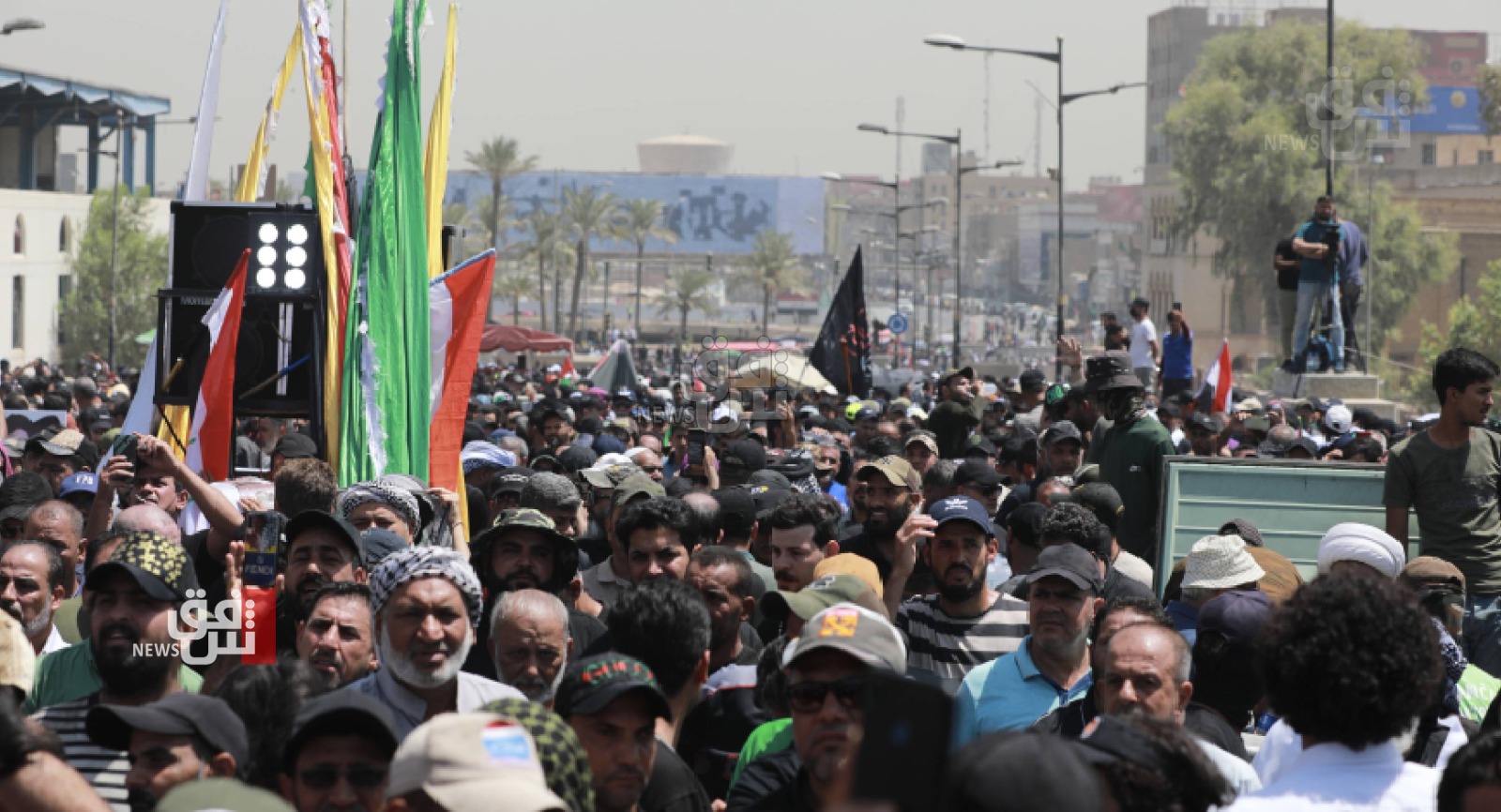 Shafaq News/ The supporters of the powerful Shiite cleric Muqtada al-Sadr have staged an open-ending sit-in inside the Iraqi parliament, a leading figure in the Sadrist movement revealed on Saturday.

"The people have chosen [to start] an open-ended sit-in in the parliament, may God protect you," Ebrahim al-Jaberi said in a post he shared on his personal Facebook account.

The Sadrist military wing "protect a deputy from demonstrators"