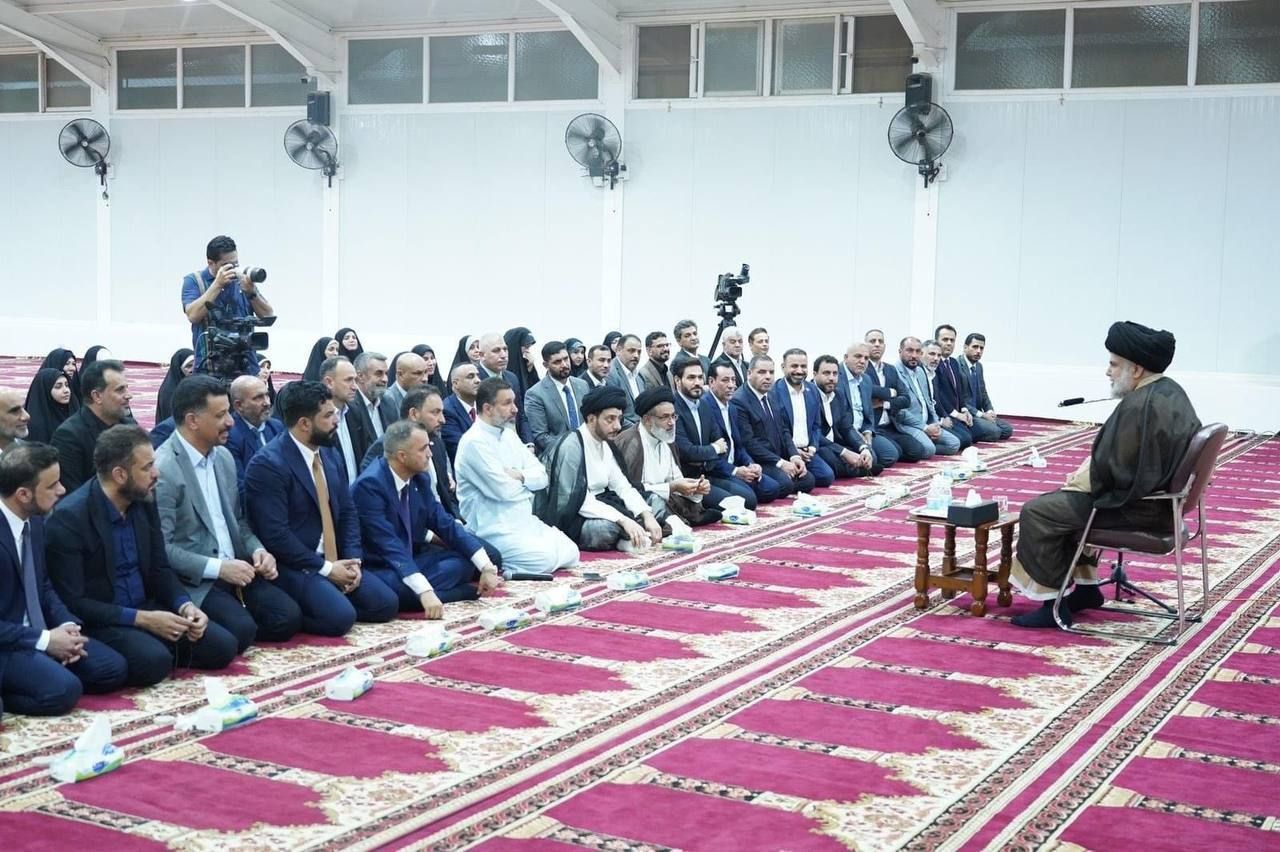 Shafaq News / The prominent Shiite cleric and head of the Sadrist movement, Muqtada al-Sadr, set one condition to retract his decision to boycott the political process in Iraq.

Al-Sadr said in a meeting with the Sadrist bloc MPs in Najaf that he decided to withdraw from the political process so as not to be involved with "corrupt" politicians.

"I won't participate in the upcoming elections if the corrupt participated in it", he added.

Al-Sadr said, addressing his party's resigning representatives, "If the corrupt step down and I participated in the upcoming elections, you will represent the bloc again."

Earlier, the leader of the Sadrist movement, Muqtada al-Sadr, held a closed meeting with the Sadrist bloc's MPs who recently resigned from Parliament, a source reported.

He added that important an important announcement is expected to be made after the meeting.

In addition, the Sadrist leader confirmed to his party's representatives that the resignation decision will not be retracted, according to the source.