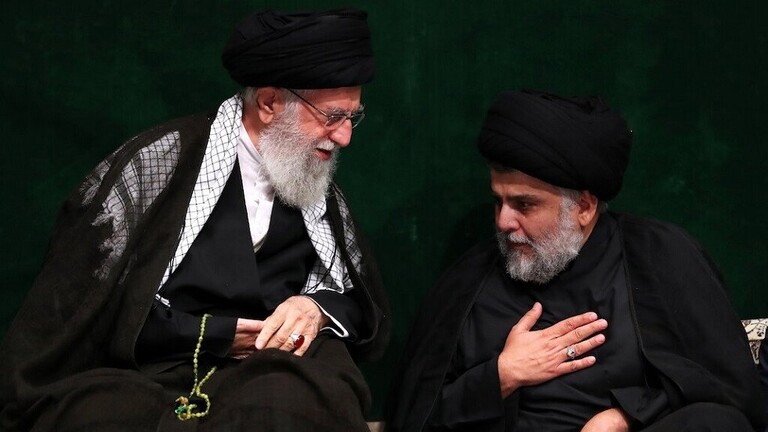 Qaani visited Al-Sadr for the third time in less than a month at his residence, north of Najaf, amid the growing rift between the Shiite Iraqi parties since October 10.

A source, speaking on condition of anonymity, told Shafaq News Agency that Qaani handed Al-Sadr a message from the Iranian leader Ali Khamenei, in which he stressed the need to "unify the Shiite political house, and that it is prohibited (Haram in Islam) to separate the Shiite forces under no circumstance."

He added, "Al-Sadr asked Qaani to deliver the Iranian supreme leader a message that he is proceeding with the majority government project, with the participation of parties from the Coordination Framework."

The leader of the Sadrist also asserts on excluding the head of the State of Law Coalition, Nuri al-Maliki, who Khamenei insists on his participation, otherwise all the Framework Forces will not join other blocs in the new government," according to the source.

It is worth noting that according to the results of the elections, the Sadrist Movement won 73 seats, followed by the "Progress (Takadum)" Coalition led by Muhammad al-Halboosi with 37 seats. Next, the State of Law Coalition led by former Prime Minister Nuri al-Maliki with 33 seats, then the Kurdistan Democratic Party led by Masoud Barzani with 31 seats.

During this period, frequent meetings and encounters are held among all political parties to follow up many entitlements, including forming the new Iraqi government and choosing the prime minister and the president of Iraq.

Last week, political sources revealed to Shafaq News Agency that a part of the Shiite Coordination Framework would join the Sadrist bloc in a unified coalition.

According to Iraq's constitution, the largest bloc in parliament can choose the new prime minister.

"This step came in response to the initiative of Kurdish leader Masoud Barzani." They said.

KDP leader said his initiative aimed "to address the problems and prepare a suitable political environment as well as remove the obstacles hindering the political process in Iraq."

Last month, a source in the Al-Sadr office revealed exclusively to Shafaq News Agency that Al-Fateh and the National Contract want to join al-Sadr in an alliance. Still, the head of the Sadrist position about Nuri al-Maliki's participation is preventing this step.

Al-Sadr blames the head of the State of Law Coalition, Nouri al-Maliki, who headed two consecutive governments (2006-2016) for all the corruption, violence, and even ISIS's invasion of Iraq in 2014.

Al-Sadr has said he will ally with "whoever puts Iraq's national interests first." That is an indication, Iraqi officials and Western diplomats say, that he may exclude some Iran-backed Shiite blocs in favor of parties with cross-sectarian support.

Al-Sadr: It is not me who is threatened by death