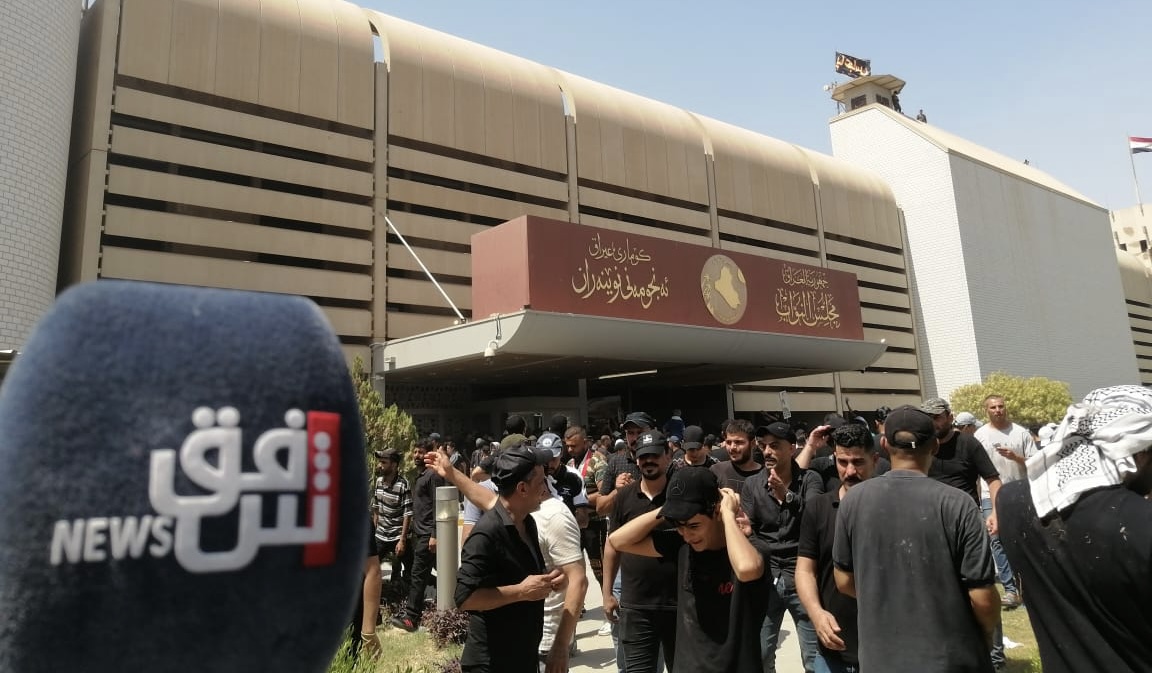 Shafaq News/ A source of the Sadrist Movement reported that the demonstrators left the Iraqi parliament building.

The source told Shafaq News Agency, "This evening, the committee asked the demonstrators to clean up the Parliament and leave it after the call of Muqtada Al-Sadr.”

"The sit-in will continue outside the parliament building, and  the demonstrators will not withdraw."

A figure closed to Al-Sadr, Saleh Muhammad al-Iraqi,  said on Tuesday "After changing the parliament into a parliament for the people, it was decided to evacuate the building and turn the sit-in nearby it within 72 hours.”