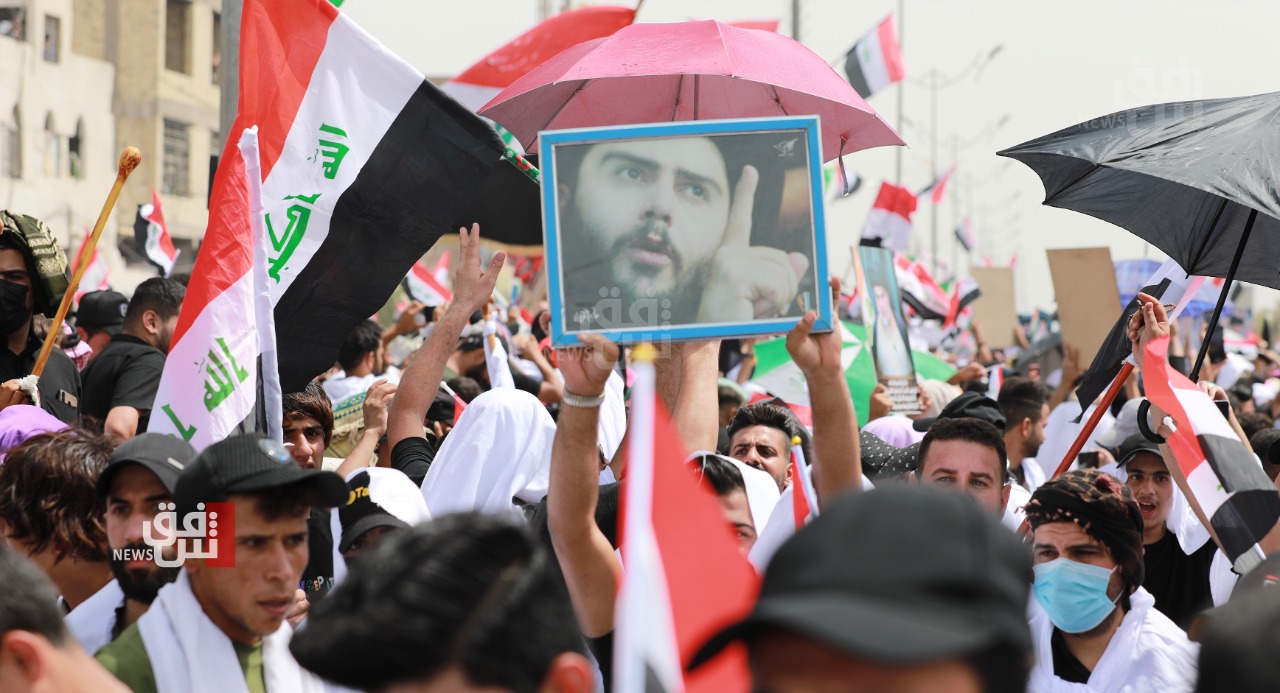 Shafaq News / The leader of the Sadrist movement, Muqtada al-Sadr, renewed on Friday his call to dismantle outlaw armed factions.

Cleric Mahmoud al-Jayashi represented al-Sadr and read his speech during the Friday prayer that was organized by the Sadrist movement in Sadr city, Baghdad.

Al-Sadr said that some parties, "whom we do not think are good enough and have already tried them before", will form the new government.

He called on the Shiite political blocs to "ask for God's forgiveness and prosecute their corrupt members."

"I am not a spokesperson for the Supreme Shiite authority, which has closed its door to all politicians. This is an insult for Shiite politicians in particular, and I invite them to ask forgiveness from God and the authority", al-Sadr added in his speech.

The Shiite cleric said that most of those who hindered forming the government, "do not believe, deep down, that loving the homeland is part of faith, and chose to belong to foreign parties. I invite them to prioritize their love for the homeland, and deal with other countries reciprocally."

He noted that it is impossible to form a new government amid the chaos of unrestricted weapons and outlaw armed groups.

Regarding al-Hashd al-Shaabi (PMF), al-Sadr renewed his demand to reorganize the PMF and keep it away from foreign interventions and sectarian conflicts.

Al-Sadr shed light on the new government file, and said that it is not wise to reassign parties that have already tried and showed incapability to handle things, warning of bringing back tragic scenarios, such as the Speicher and Saqlawiyah tragedies.

He stressed that the Iraqi army and the police must be well respected, adding that outlaw groups' intervention in the army matters must end.

PMF and the Judiciary are" red lines," Sadrist official says