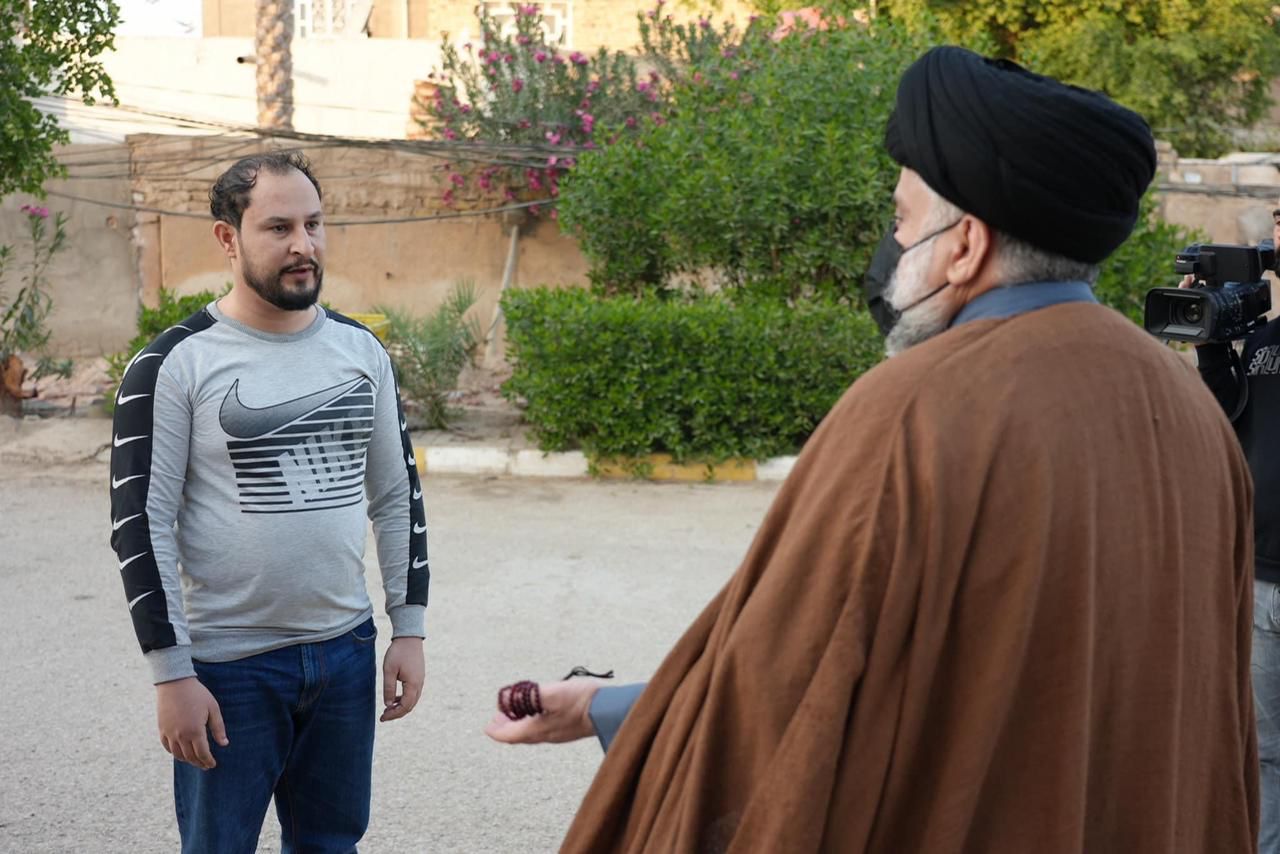 Shafaq News/ The leader of the Sadrist movement, Muqtada al-Sadr, hosted on Monday the activist Ahmed al-Washah in his residence in Najaf earlier today, Monday.

Local authorities in Najaf said that it had issued an arrest warrant against al-Washah for "contempt Iraqi religious figures" after he insulted the late religious Marja'a, Mohammad Sadiq al-Sadr, Muqtada al-Sadr's father.

The arrest warrant was issued after the legal committee of the Sadrist movement filed a complaint against al-Washah.

Al-Washah apologized later and withdrew the statements he made.