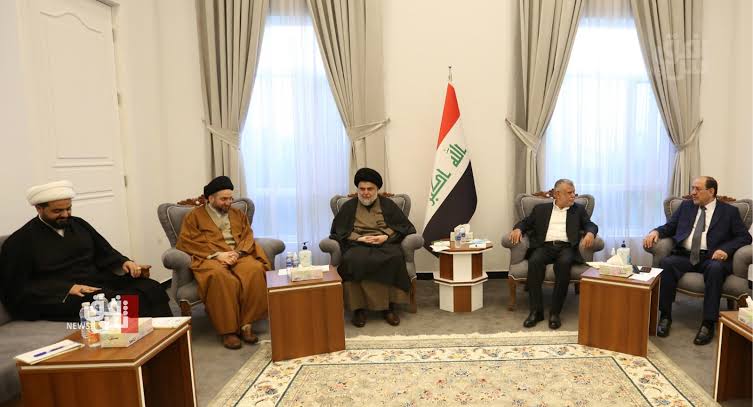 Shafaq News / A source closed to the head of the Sadrist movement, Muqtada al-Sadr, revealed that the latter had left Baghdad without meeting the leaders of the Coordination Framework.

The source told Shafaq News agency that al-Sadr wanted to contact the Framework's leader while he was still in Baghdad to arrange a meeting, but those did not reach him out.

Earlier today, a source close to the head of al-Fatah coalition, Hadi al-Amiri, revealed that the latter does not expect any meeting with the leader of the Sadrist movement, Muqtada al-Sadr.

The source told Shafaq News agency that al-Sadr's office did not contact al-Amiri to arrange a meeting between the two parties, noting, "We still don't know the reason behind al-Sadr's visit to Baghdad."

However, another source confirmed to Shafaq News agency that the Iranian Commander of the Quds forces, Esmail Qaani, had arrived in Baghdad on Tuesday.

He added that Qaani will meet al-Sadr in the next few hours to discuss unifying the Shiite positions, and forming a government that brings all the Iraqi parties together, including the head of the state of law coalition, Nouri al-Maliki.

Al-Sadr said earlier that he would not share a cabinet with the head of the State of Law Coalition, Nouri al-Maliki.

He said in a televised interview, "I invited Hadi al-Ameri [head of al-Fatah (Conquest) alliance], Qais al-Khazali [the Secretary-General of the Asa'ib Ahl al-Haq movement], and Falih al-Fayyadh [the head of al-Aqd al-Watani (National Contract) bloc, to participate in the national majority government, without al-Maliki, but they refused."