Al-Sadr lashes out at the US comments on anti-normalization law: is this your policy? 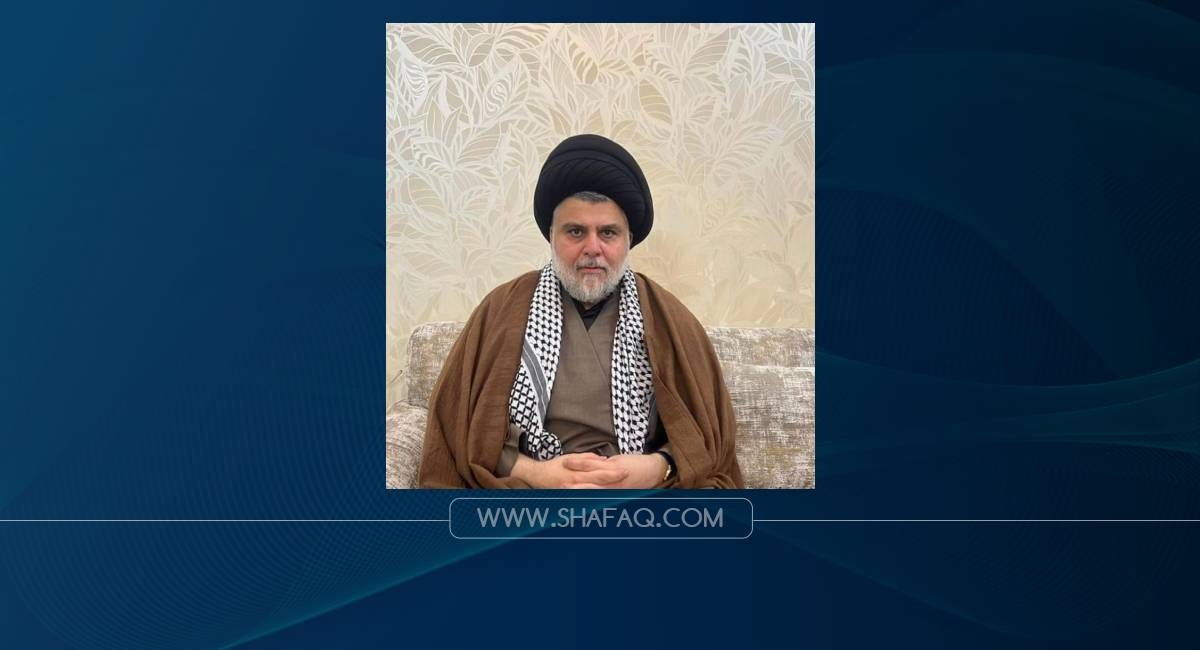 Shafaq News/ The leader of the Sadrist movement, Muqtada al-Sadr, defended the anti-normalization law approved earlier this week by the Iraqi parliament, accusing the United States of adopting double standards.

Iraq's parliament approved a law on Thursday that bans normalizing relations with Israel, at a time when several Arab countries have established formal ties.

The Iraqi parliament has been unable to convene on any other issue, including electing a new president and forming its own government, prolonging a political standoff.

Iraq has never recognized the state of Israel since its establishment in 1948, and Iraqi citizens and companies cannot visit Israel, but the new law goes further, specifically criminalizing any attempts to normalize relations with Israel.

The law was proposed by influential Shiite cleric al-Sadr whose party, which opposes close ties with the United States and Israel, won more seats in parliament in elections last October.

The United States lambasted the legislation, saying it fosters "an environment of antisemitism."

"The United States is deeply disturbed by the Iraqi Parliament’s passage of legislation that criminalizes normalization of relations with Israel," the State Department said in a statement.

"In addition to jeopardizing freedom of expression and promoting an environment of antisemitism, this legislation stands in stark contrast to progress Iraq’s neighbors have made by building bridges and normalizing relations with Israel, creating new opportunities for people throughout the region," it continued.

The State Department also reiterated America's "strong and unwavering support" for Israel, "including as it expands ties with its neighbors in the pursuit of greater peace and prosperity for all."

In a statement he issued earlier today, al-Sadr shed light on the US administration's indifference toward desecrating Islamic symbols and opposing Islamic rituals, while condoning Islamophobic and anti-Islam deeds.

"We protect Christian and Jewish minorities, while you expel the Arabs and Muslims," he added, "we do not oppose religions. We oppose extremism, terrorism, and injustice."`

Al-Sadr reiterates the call for a national majority government

The Sadrist, KDP heads discuss the political development in Iraq