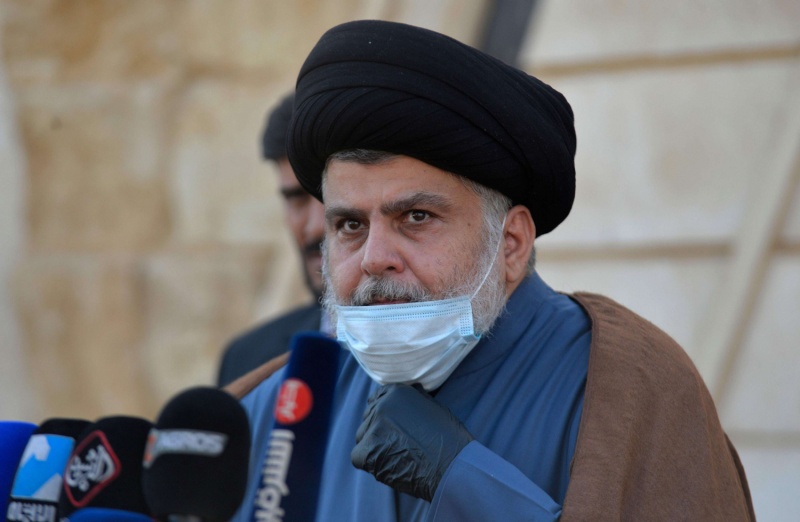 Shafaq News/ The leader of the Sadrist movement, Muqtada al-Sadr, lashed out at the Iraqi judiciary for backing the "disgraceful deeds" of what he called the "blocking one-third", hinting that he might pull out the streets card.

In a public speech he delivered earlier today, al-Sadr said, "the people are suffering from poverty...the audacity has reached a point that laws that might benefit the people are annulled shamelessly," in reference to the revocation of the emergency food security bill.

"Authority has blinded them from the burden, fear, poverty, loss, militias, external reliance, fear of normalization, and diseases."

Al-Sadr warned of the public protests that might erupt. "You may not be safe from the roar of wronged people."

Yesterday, Sunday, the maverick Shiite cleric announced a temporary shift to the opposition after the Iraqi political forces, including the Sadrist movement, failed to form a government.

Al-Sadr said in a statement, "I am honored that the lawmakers affiliated with me are the biggest bloc in the history of Iraq. I am honored I successfully formed the largest trans-quota bloc. I am honored I depended upon myself, not external parties. I am honored I did not have to resort to Judiciary to sustain the needs of the people and form the government. However, because of the internal and external squawking on myself and the notion of 'national majority government', we were not able to make it. It is an entitlement of the Independent forces."

"The parties that pretend to be independent did not support us. Therefore, we have only one choice left: moving to opposition for thirty days," he said.

"If the parties and political blocs, including those we allied with them, it would be great. If not, we will have another decision we announce later."

PMF and the Judiciary are" red lines," Sadrist official says