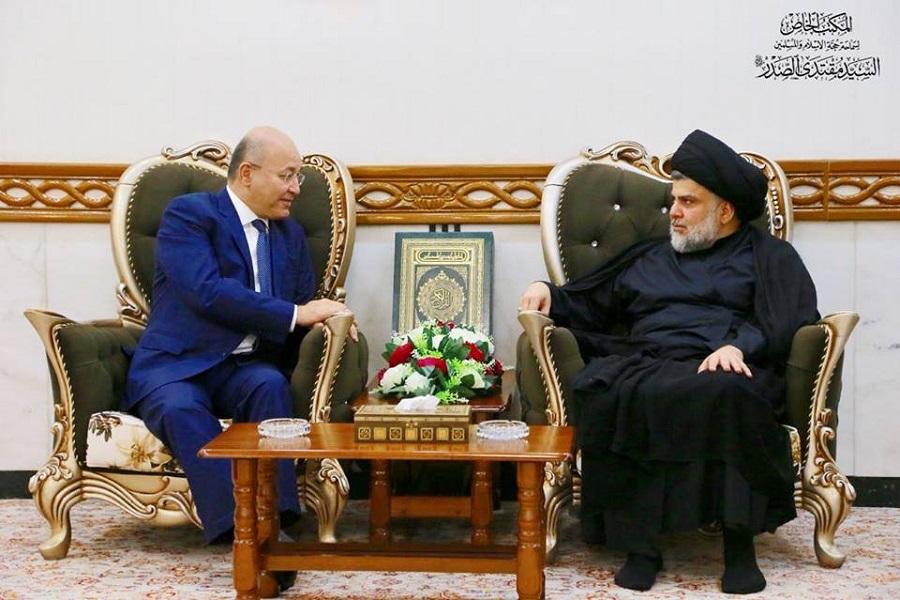 Shafaq News/ The leader of the Sadrist movement, Muqtada al-Sadr, on Tuesday lashed out at the outgoing president of Iraq, Barham Salih, for not ratifying the bill the parliament passed on criminalizing normalization with Israel.

"It is very very embarrassing that the so-called President of Iraq refuses to ratify the bill on criminalizing the normalization," al-Sadr tweeted, "it is shameful to the people to have a pro-normalization president who is not patriotic and a subordinate for the east and west."

"I renounce myself, before God and the Iraqi people, from this crime and apologize for naming him for the presidency earlier," he added.

After the attack on his residence, al-Kadhimi hosts Salih and receives phone calls from Arab leaders