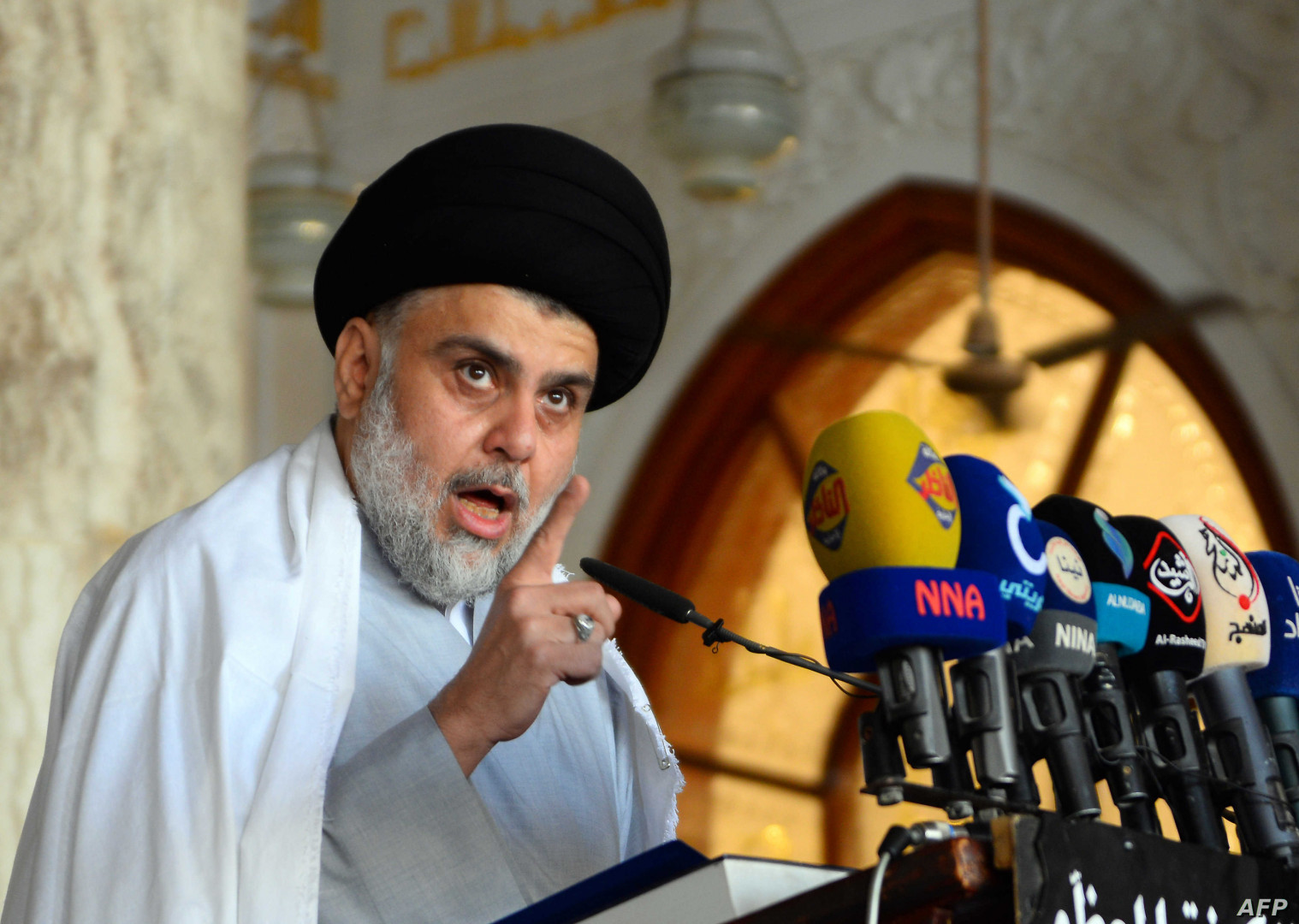 Shafaq News / The leader of the Sadrist movement, Muqtada al-Sadr, stressed the need for Iraq to achieve peace, accusing parties of seeking to disturb security in Iraq to delay or cancel the elections.

Al-Sadr said in a tweet, "there are parties that want to disturb security in Iraq for many reasons, the most important of which is delaying or canceling the elections, through some unruly militias that target the occupying forces to dissuade them from withdrawing -as their presence means the survival of those militias- or through involving Iraq into an external conflict, and linking it to the Syrian-Israeli conflict."

He added, "had not we have enough for war, killing, displacement, and bombing ... So let us achieve peace away from weapons or violence, so that we can live in our homeland without foreign agendas and bowing."

He continued, "Iraq needs peace, without resurrection, destruction, terrorism, occupation, normalization, violence, fighting, bloodshed, assassinations, plunder, burning, military deployment, outlaws, armed militia, smuggling, arms trade, religious or ideological conflicts... We are all brothers in Iraq, and we all are our homeland's soldiers. We are all equal in Iraq."